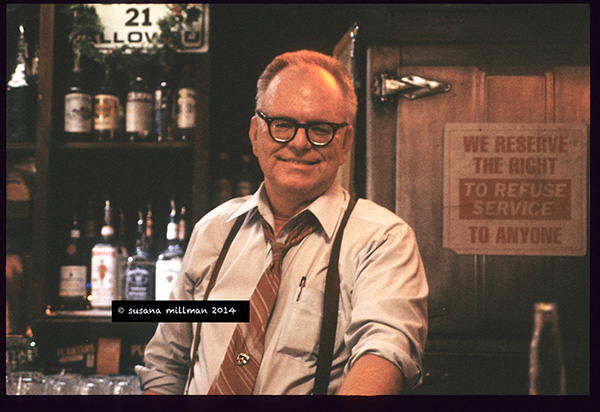 When Jerry Garcia got out of the Army in 1961, he settled in Palo Alto, where the living was a little easier than in San Francisco, and he soon had a number of friends whose kindness and couches were reliable.

One of his best friends was a brilliant eccentric named Willy Legate, who lived at the Peace House, which had been established by Ira Sandperl, Palo Alto and especially Joan Baez’s mentor in pacifism. Willy’s space at the Peace House was something he shared gladly with ne’er-do-wells like Garcia and Robert Hunter. He also offered them an unconventional and very insightful point of view that they greatly appreciated.

Willy remained part of what would turn in to the Grateful Dead family, and might best be known for coining the phrase so popular on bumper stickers, “There is Nothing Like a Grateful Dead Concert.” During the G.D. Records era, he wrote some of the stranger bits for the newsletter.

Jerry didn’t forget, and some years later Willy was the custodian of the Dead’s rehearsal hall/studio, Front Street. Part of that job was to be the first curator of the Dead’s tape archives there, which he eventually handed over to Dick Latvala.

Willy Legate died November 9, 2014, of an apparent heart attack, in Sequim. He was special.

He is survived by his daughter, Margarite Moselle.

“May the four winds blow him safely home.”

Willy Legate just looked a bit out-of-place in the GD scene. But he fit in perfectly, a misfit. May the four winds may blow him safely home. What was his real name and how old was he?

He was born William Legate,

He was born William Legate, but as a child I knew him as Bill. Willy was 75. (I'm his younger brother.) His picture above came from a Dead music video that he had a bit part in for "Hell In A Bucket", where Willy plays the bartender. The video can be seen at https://www.youtube.com/watch?v=cH7I6ibA-SM.

My condolences to you and yours John.

I remember this from the 1971 release along with the question "who is Willy Legate?" As my user name implies, I'm a Sequim resident (Bay Area transplant) and I always wondered who was responsible for the Jerry Garcia adopt a highway sign. Maybe it was Willy. RIP.

Back in the 70's Willy and I shared a garage in Stinson. I shared my music and he shared his philosophies. I will play a song for you today and hope you can hear it Willy my Stinson friend.

My good friend Bobby Petersen - poet, song writer & co writer with Phil Lesh - talked about Willy often. Willy was a loved Dead Marin centered & to Bobby maybe the smartest guy he ever knew...Bobby stated his IQ tested at Stanford was off the charts.He also mentioned Willy worked as custodian at Angel Island. I always thought that would be a great job. I also heard he lived in Stinson from Scully and others in Lahaina Maui around 1991. The same time Scully told me Sonny Heard and Bobby had died...RIP Willy, Sonny & Bobby Bob Morrissey Trinidad, CA
8 comments
sort by
Recent
Recent Oldest A to Z Z to A
Reset
Items displayed