home > features > All In The Family: Masaki Koike

Graphic designer Masaki Koike pulls out all the stops to make beautiful boxed sets. He's even got a Grammy to prove it! Get to know the award-winning artist who's seamlessly blended the Grateful Dead's classic iconography with contemporary finishings to bring you what is truly a work of, well, art.

I think what got me started was my apathy for school. I would sit there and pretend like I’m taking notes but doodle instead. I’m sure this is the onset for a lot of artists. Drawing was the one thing that would elicit a response. At that age, it’s all about acceptance. This is all in hindsight, of course. When I drew Darth Vader, my peers responded which was great but I wasn’t paying attention in science class [laughs]!

I also grew up in the Hip Hop era - the music, the culture, and the graffiti. I used to love gazing at it. That was a huge inspiration for me as a kid, especially growing up in Glassell Park. Whether you liked it or not, graffiti was ubiquitous.

Did you go on to study art?

I think my parents realized that it was the thing that interested me the most - not sports or school. They sent me to Barnsdall Park in Hollywood when I was a kid. I really loved it up there. The photography class in particular was magical. This is back when you would actually develop and print your photos in the darkroom. This was the earliest training I suppose.

There was a lull between junior high to maybe the first year of college where I felt like I had to take things more seriously. So I declared my major in psychology. In the environment I was in, art was perceived more like a hobby so it wasn’t encouraged as a career. I was misguided [laughs]!

A significant moment was a typography class I took at a junior college as an elective. It really sparked an interest and I found myself putting in more hours there than any other class. It took a few years for me to make the switch to the other side of campus to the Art Department. Why fight it! 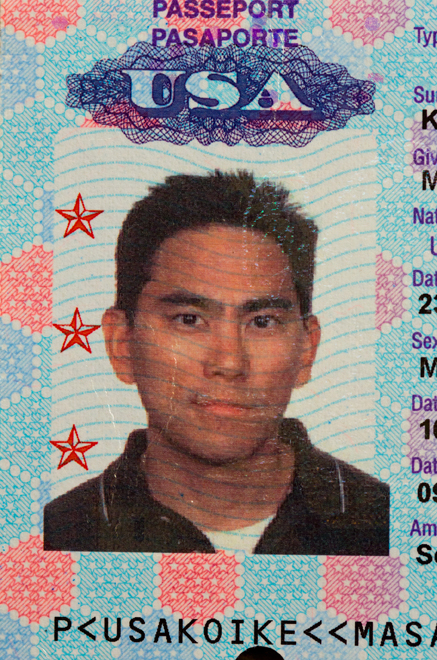 What was your first job in the graphic design business?

I wanted to design movie posters and I dove into it naively, not knowing the politics and how much legality dictated the design of movie posters. I did an internship at a movie poster powerhouse called CBO. I was there for about six months and though I learned a lot, I was completely jaded by the whole experience.

I ended up working at a small entertainment design office called Command A Studios. It was a great environment for me. Their art director just left and I coincidentally called that same day looking for a job. After we set up a meeting, they offered me the gig. They threw me right in the fire. I didn’t know what I was doing but my boss, Brian, patiently helped me through it.

How did you make the transition into music and packaging?

Music packaging was something I always wanted to do. Fortunately, A&M Records was one of the clients at Command A.

You won a Grammy for designing Rhino’s What It Is box? That must have been pretty surreal.

It was! Nobody expected much from that little box. The greatest part of that project was the small team I got to work with. It was primarily Mason Williams, Matt Abels and me. They had been working on it for years and been trying to get the boxset produced. We had a lot of creative freedom and they put together such a great compilation, it really inspired me to do my best and do the box justice. I would’ve never imagined garnering such an award for it!

Let’s get into your connection with Dead.

I certainly knew some of their popular songs growing up but the name of the band and the artwork was always memorable. It has such a definitive presence.

What about the Dead’s art? As someone who is artistic, how did that appeal to you?

Graphic designer Masaki Koike pulls out all the stops to make beautiful boxed sets. He's even got a Grammy to prove it! Get to know the award-winning artist who's seamlessly blended the Grateful Dead's classic iconography with contemporary finishings to bring you what is truly a work of, well, art.

Graffiti is a funny thing to me because of an experience I had while in high school. I never really thought about graffiti much but one day this girl I knew took me around to different bridges in my town to take pictures of the graffiti. That was pretty fun at the time, but now when I look back it gives me a weird feeling. The town I come from is a tired old town and most of the younger kids move to the nearby bigger city, where I assume its a little easier to express art forms. But my little town, on a bridge wall might be the best place for it. It doesn't get erased because you can't see it unless your under there. I wonder if its all still there... Anyways, thanks for the awesome artwork. I didn't even notice the mirrored skull until reading this article, love it!

Masaki: I wanted to personally thank you for taking the I Ching "fire on the mountain" hexagram that I inserted at the beginning of my notes for the May '77 box set and turning it into such a powerful and beautiful graphical element in the booklet. When I started out like that, I feared some editor at Rhino would say, "The I Ching?! Come on, what a hippie cliché!" But you did the opposite -- you made it a beautiful part of the art. Thank you, thank you, thank you.
2 comments
sort by
Recent
Recent Oldest A to Z Z to A
Reset
Items displayed