home > features > All In The Family: Neal Casal

On occasion we come across a Grateful Dead family member who's been behind-the-scenes yet with us all along. Neal Casal is just that. From first checking out the band live in the 80's to jamming with Phil Lesh And Friends and scoring the Bob Weir documentary, it seems Casal was a natural choice to step into the spotlight as part of the special musical task force (Circles Around The Sun) formed to contribute to the 50th anniversary celebrations. Learn more about Neal's connection to the Dead and what he'll be up to next here.

Give us a little historical background on your career in music so far – from your beginnings as a solo artist to present day.

I’ve made somewhere around ten solo records since 1995. I’m a founding member of The Chris Robinson Brotherhood and The Hard Working Americans. I played guitar for Ryan Adams And The Cardinals from 2005 through 2009. I’m a part time member of Phil Lesh And Friends and scored the Bob Weir documentary “The Other One.” I’m also a member of Gospelbeach, The McCombs Skiffle Players, and Beachwood Sparks. I’ve played and sang on records by Willie Nelson, The Jayhawks, Vetiver, Fruit Bats, etc. And of course, I’m the guitarist in Circles Around The Sun.

How have your musical influences, and thus your output, changed over the years?

The first twenty years were just to see if I was into or not. After I made it past that point, things got really interesting. The last five years have been the best of my career without question. I’m now able to apply the things I’ve learned into a cohesive whole, with a degree of control I didn’t have previously. Since The Chris Robinson Brotherhood started in 2011, my creative life has blossomed in a really surprising way and I feel I’m doing the best work of my life. Also, playing with Phil Lesh has done so much to expand, and often smash, my musical boundaries in ways I’d never dreamed of.

What's your connection to the Grateful Dead? First encounters/experiences.

I’ve been a Dead fan since a copy of Steal Your Face somehow fell into my possession when I was about 11 years old. I saw the Dead, and The Jerry Garcia Band, many times as a kid in the 80’s and 90’s. But my first face to face encounter was meeting Phil when I played with Ryan Adams. Phil sat in with The Cardinals at The Hollywood Bowl in 2006 and the depth of his musicianship blew my mind. He later wrote the afterword to my photography book about the Cardinals, “A View Of Other Windows,” and it was an honor to say the very least. I met up with Phil again in 2011 when he sat in with CRB at the Great American Music Hall in San Francisco. Through Chris Robinson, I met Bob Weir and got to play with him on the “Move Me Brightly” project, which led to working on “The Other One.” I got the chance to sit in with Furthur once, another high point. I’ve since met Bill and Mickey and had some good, instructive chats. When I’m around these guys I just try to open my ears and learn as much as I can. They’re legendary people with a world of experience to impart on us.

When Justin Kreutzmann reached out to you about making some music for the intermissions at the Fare Thee Well shows, what was your first reaction? Tell us a little bit about putting together the band and the process you used to fit the vibe of the scene.

I’d worked with Justin on “Move Me Brightly” and “The Other One,” so we’d developed a good rapport. My first reaction was feeling thankful that he asked me. Out of all the musicians he could have chosen, he called me and it meant a lot. Luckily, there wasn’t much time to put it all together so I couldn’t get too overwhelmed. I started by calling my best friends with the right vibe. We wanted to make original music that would feel familiar to Dead fans without trying to mimic their sound. Something that you’d want to hear while you were walking around at a show, music that would enhance your trip. It was a delicate balance to strike but we did our best. One of the chief lessons you learn from being into the Dead is to bring your identity to whatever you do. From them we learn the importance of community, but also to think for ourselves, and do our own thing. Having been to a lot of shows, I wanted to make music that I’d want to hear as a fan, first and foremost. So we just dug in and went for it. We set up in my friends’ studio, wrote and recorded everything in two days. We did it all live and in the moment, no overdubs. We just kept asking ourselves “What kind of music would we want to hear if we were at a Dead show right now?” That was our criteria. Adam MacDougall is the keyboard player in the CRB and one of my best friends. He’s supremely talented and has his own voice on every instrument he touches. He understands the music, the language, and the vibe, so he was my first, and most essential call. Dan Horne is a deep and fearless bassist who gets the Phil thing but always does his own thing, so he fit right in. Same for Mark Levy. He’s a great musician, with a beautiful feel on the drums. I’m a fan of his band Congress, so it just felt right to call him. Our secret weapon was J.P. Hesser, who engineered and mixed the entire project. He has a great studio called Castaway Seven in Ventura, California. He has such keen ears and instincts, and the sonic quality of this music is owed to him.

What's up next on your agenda? Any plans for Circles Around the Sun to tour? Future recordings?

The CRB begins making a new studio record in January 2016, and I’m really excited about that. We’ve been writing as we’ve toured throughout the year, so it will be great to bring our new songs to life in the studio. There will also be the third installment of Betty’s Blends coming soon. For those who don’t know, Betty’s Blends are live CRB records recorded by none other than Betty Cantor Jackson.

The Hard Working Americans, a band I’m in with Dave Schools, Todd Snider, and Duane Trucks, will release a new record in 2016, as will the Skiffle Players with Cass McCombs.

So, there’s lots on the agenda.

As for Circles Around The Sun, we’re discussing live shows and future recordings, but nothing is confirmed yet. For the moment, we’re all stoked to see the release of Interludes For The Dead, and to be a part of this expanding community of fans and friends.

'I’m also a member of Gospelbeach'

Check those guys out at https://www.facebook.com/GospelbeacHband/ Neal worked on their debut album that just got released a month ago! It's stellar.

Best all time...in no particular order 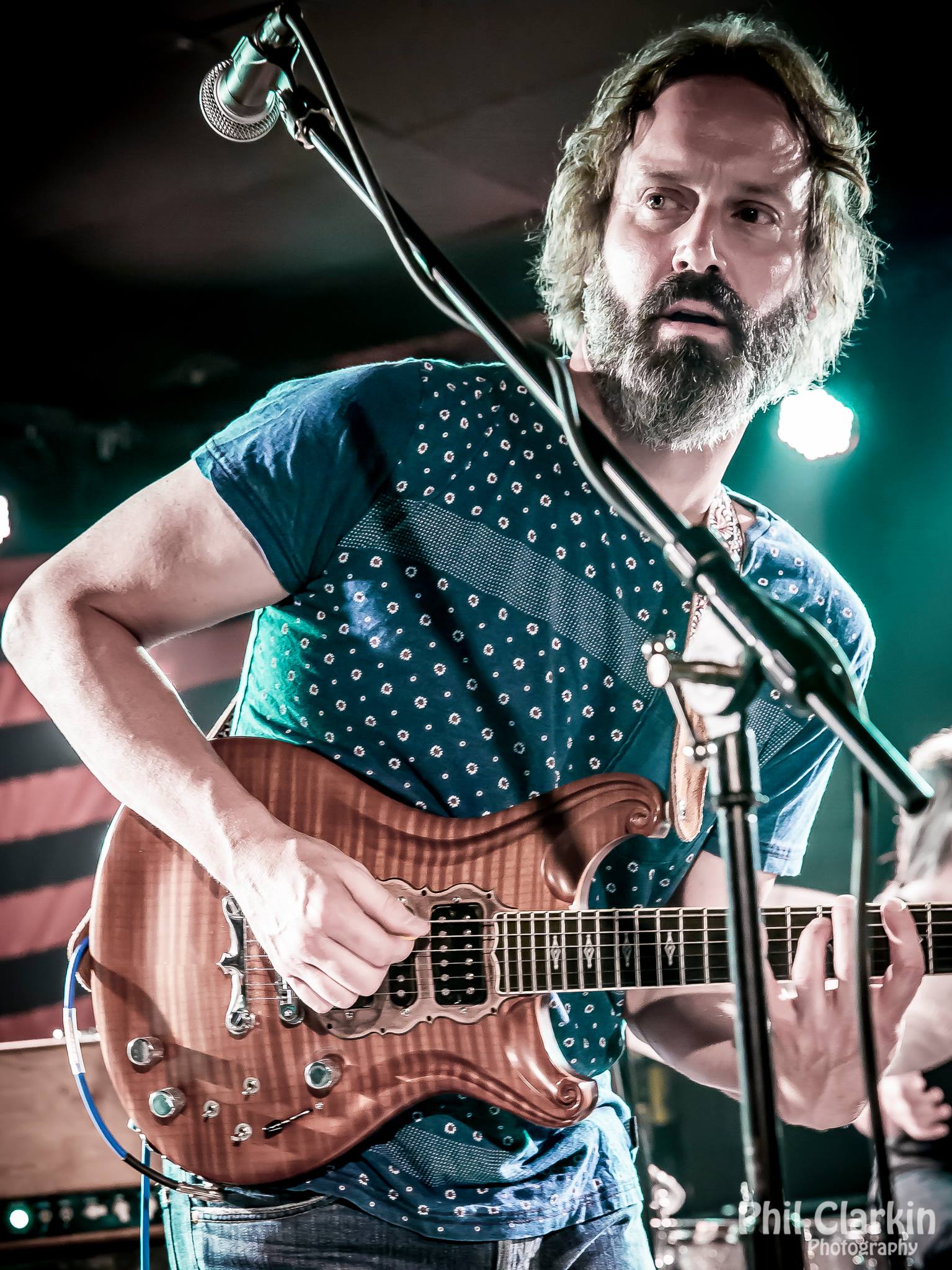