home > features > ALL IN THE FAMILY: PAUL POPE

There's a fair chance you might not have heard of American cartoonist Paul Pope, but like the superheroes he brings to life, he's been steadily rising up from anonymity for well over 20 years now. From Manga-inspired graphic novels to world-renowned names (ahem Batman!), he’s now bringing his talent to the Grateful Dead. Learn more about the Eisner Award-winning artist and his work on JULY 1978: THE COMPLETE RECORDINGS below. (And check out more of his initial sketches for the box here.)

Let's start with your first foray in the art world. How did you settle on comics as your focus?

I love the intersection of word and picture and I always loved dynamic drawing. Comics/BD/manga incorporates all of these.

At the beginning of your career, you were in the unique position of working with manga or Japanese comics as the style was really starting to take off in the Western world. What are the biggest variations between graphic novels here and there? What’s the trick to incorporating both methods into your work as you have so aptly done?

I worked for Japan's largest manga publisher (Kodansha) for nearly six years in the late 90s, and briefly lived in Tokyo before moving to NYC for good in 1998. I have a unique training in visual storytelling as a result. I think manga tries to evoke a sense of character and the experience of being that character whereas American comics seem to focus on storytelling and a story. Obviously there are superficial differences, but I think that's a primary distinction.

With the new Batman v Superman movie in theaters now, we'd be remiss if we didn't bring up your Eisner Award-winning contribution to the Batman legacy - Batman: Year 100. How does one even begin to approach an epic hero like that? What were the challenges and rewards?

My style is a bit unusual for what you'd consider a "mainstream" American cartoonist, so I wanted to work on a top shelf story using a top shelf character. I am a lifelong fan of Batman, like many people. It seemed like a good fit. I've done a number of projects with Batman and am proud to be considered among that cadre of writers and artists. What's important with a major character like Batman is finding an angle or element which hasn't been explored before. It was important for me to challenge myself to work on such a well-known property before working on more personal works. My current project, Battling Boy, is an original "young adult" graphic novel series from :01, and available widely overseas. I love the idea of comics as a universal language. Comics transcends borders and gender, race and age.

Prior to being commissioned to design the JULY 1978: THE COMPLETE RECORDINGS box set, had you worked with any musical artists or product development before?

Yes, I've worked on some album art/design and screenprint posters and portraits for some well known artists. Thee Hypnotics, Blues Explosion and Nick Cave come to mind. I also love jazz (Miles 60s, Alice Coltrane, Sun Ra, Pharoah Saunders etx) and hope to work with more jazz artists on album and poster art. A surprising number of musicians are also visual artists and most love comics. The Dead project is cool for many reasons, not the least of which is the chance to tap into the rich history of graphic works the band has used for their albums and poster art.

How did your process differ from creating comics?

From working on the Dead box? Completely different from comics, I'd say! With music-related projects, I try to work with the most iconic imagery and evoke a sense of emotion and gravity, something unique to the musicians and their music. The sort of imagery associated with the Dead--the skulls and crows and roses--are right up my alley. They're primal and poetic.

Has the Grateful Dead's rich iconography influenced your work in any way throughout the years?

Yes, and maybe I'd say more broadly, the album and stage imagery of the 60s/70s in general. Steve Vance and I knew we would work well together when it was clear we are both fluent in the language of graphic design iconography as it relates to album design. Big fan of Hypgnosis, Tadanori Yokoo, Saul Bass, Guido Crepax...my intention was to make work worthy of their categories.

What is the art of interpretation?

I would suppose a call and response, a translation, an addition. With the Dead, it's not just Mouse's skulls and roses. It's my recitation of his skulls and roses, and also my own voice speaking in the same language. Adding while quoting, or speaking true.

What can fans expect to see from you next?

I have a bunch of things in the works, mostly in film and print, which will be announced as they are ready. My primary project is the second Battling Boy graphic novel, which occupies a lot of my creative focus. I am also working on the feature film adaptation of Battling Boy, which is at paramount pictures. It's a lot of work and sometimes very difficult, but very interesting and at times very fun.

There's a fair chance you might not have heard of American cartoonist Paul Pope, but like the superheroes he brings to life, he's been steadily rising up from anonymity for well over 20 years now.

Anyone thought of this dude? His art on July '78 Complete seems to be universally liked so far. I think it's great!

I'm a huge fan of his comics.

I'm a huge fan of his comics. Hopefully he will collect and re-release his THB series soon. Great stuff.
Gallery Photo 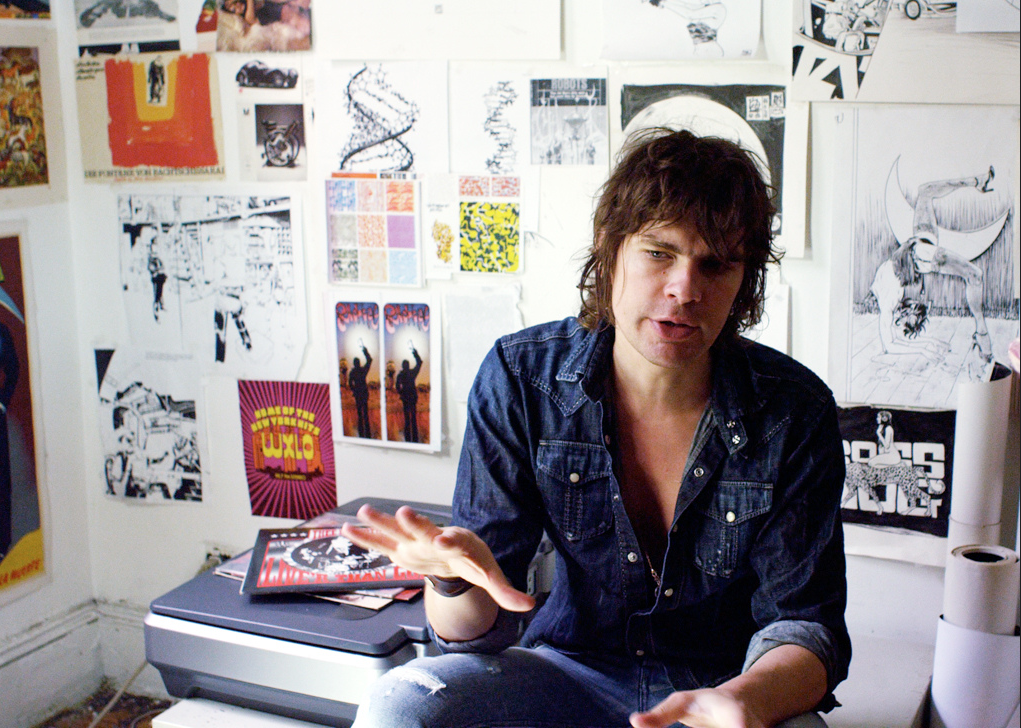 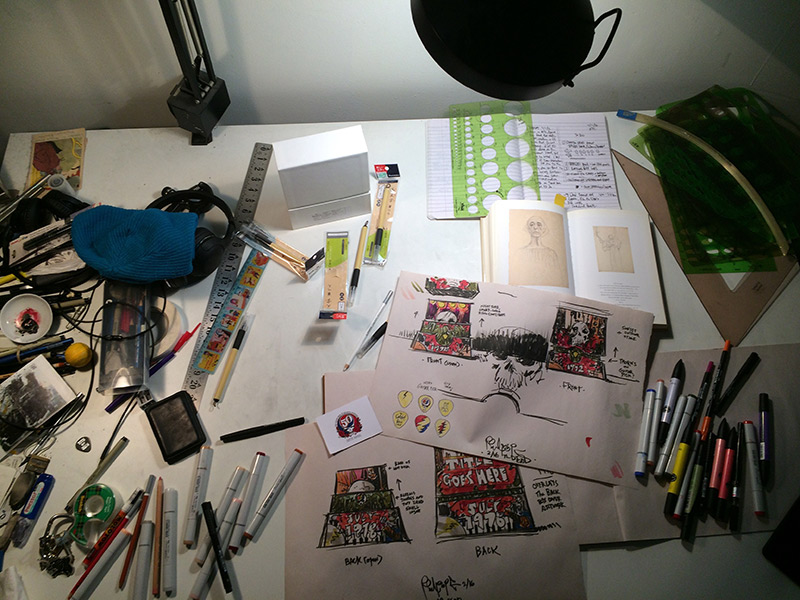 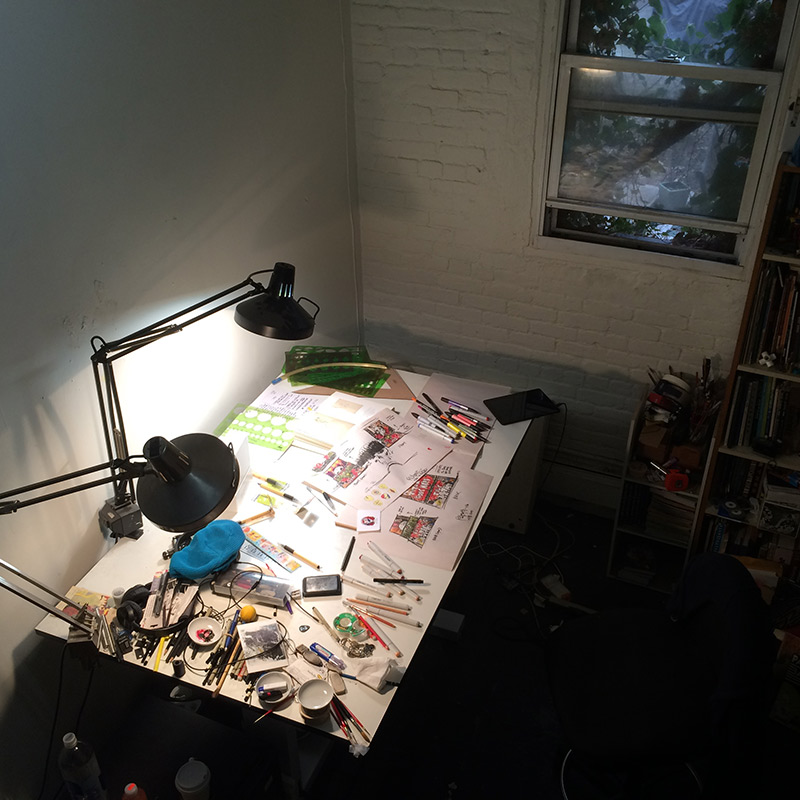