home > features > All In The Family: Steve Vance

Grammy Award-winning artist Steve Vance is a veteran when it comes to designing memorable packages. He's also been on Team Dead for quite some time, lending visual direction to classic collections like Winterland 1973: The Complete Recordings and Spring 1990: So Glad You Made It. Learn more about some of his favorite projects and sources of inspiration here.

You are an acclaimed illustrator in the fields of advertising, design, entertainment, publishing and much, much more. How did you initially get started in the business? Are you professionally trained?

Ooh — I’m happy to learn that I’m acclaimed! Well, I’ve been making various kinds of art since I could wield a crayon and safety scissors. When I was about 12, I really got into comic books and I found out that people actually did them for a living, and that gave me a serious focus for all the drawing I was already doing. Also around that time, my older brother, who’s a sign painter, started his own shop. I’d come in on weekends sometimes and do odds and ends for him, and he started teaching me about lettering and silkscreen printing. I worked for him, and for a local ad agency, off and on from then through college. There I started out taking filmmaking classes, but my school didn’t offer too many so I ended up with an art major focused on graphic design. I also continued drawing my own comics on the side and shot occasional concerts for the college paper.

What was your first job in the design business?

After college I came to L.A. hoping to land a job in a design studio or agency. Instead, I started getting offers of freelance work. After a few months I was busy enough that I stopped looking for a regular job, and I’ve been freelancing ever since. My first assignment here was lettering an album cover, but I can’t even remember the band — nobody you’ve heard of, I can tell you that much. (Though Bruce Springsteen did reject some designs of mine at about that same time!)

Aside from your Grammy Award-winning Brain in a Box: The Science Fiction Collection box, what other projects are you most proud of and why?

“Why” is hard to describe. I’m sure you understand that anybody who works on a project sees the finished product differently than someone who wasn’t involved. At the beginning I usually get a sort of vibe in mind for what I want the finished piece to be — not a picture, really, and not something that’s easy to put into words, more a feeling. The things I like the most tend to be the ones that capture that initial vibe. Love Is The Song We Sing: San Francisco Nuggets 1965–1970 was a really fun one — we had an incredible trove of great photos, and I think it turned out to be a handsome set. For Rockin’ Bones a collection of early rockabilly, we did a package that looks like an old paperback, and I got to do a cheesy pulp-style cover painting and CDs that look like old 45s. Hello, Rockview for the band Less Than Jake — they’d seen some of my comics work, and they gave me the album lyrics and asked me to make a comic out of ‘em. That was really cool. I’ve done a couple of Sinatra boxes, and that whole scene is great. And of course I’m really proud of the overall body of work I’ve been involved with for the Dead, as well as some of Jerry’s solo material. In addition to Sunshine Daydream, I think the Spring ’90 box and the Europe ’72 set are pretty darn nice, and the Warlocks box, and the whole run of Road Trips and now Dave’s Picks, and...and there’s more to come that I’m really excited about. 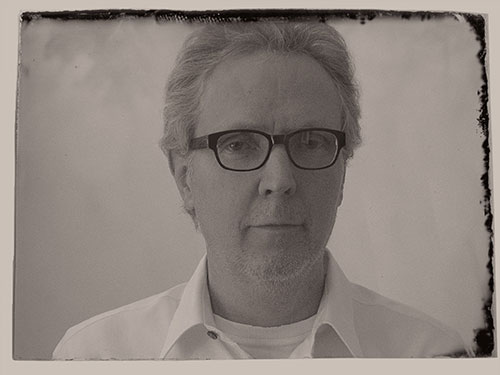 You've been working with the Grateful Dead for quite some time. Can you tell us a little bit more about the evolution of their packaging?

I first worked on the 2001 Golden Road box, and a few years later I designed the Beyond Description set. Since then it’s been a pretty steady stream. You know how much the internet has affected the music world, and it’s been hard on a lot of people, but the Dead had a great two-way connection with their fans long before anybody heard the term “social media” and Dead Heads are still just as into it today. It’s an amazing, multi-generational group, and they’re not shy about giving us feedback, so that’s helped us understand what they’re most interested in and try to deliver it. That enthusiastic support from the Heads makes it feasible to release things that will only sell a few thousand copies. I mean, how many bands can release a 73-disc set? Of course, the key is that the band made, and recorded, so much great music to begin with, and David Lemieux and Jeffrey Norman and everyone involved with the audio take so much care to make sure it sounds as good as it can.

What elements of the Grateful Dead's esthetic appeal to you the most?

Everybody knows that skeletons are cool, but I can’t explain why — you’ll have to ask Freud or Jung about that. But beyond that, the band combines this wild freeform experimentation and risk-taking with deep, deep roots in traditional Americana. It’s a wonderfully rich blend, and there’s nothing like it. They’re simply artists, with their own multi-headed view of the world. And of course they started developing their own groundbreaking visual style right from the beginning, so now there’s a vast legacy of iconography that serves as an inspiration, not to mention a big challenge to try to live up to.

Like any Dead project, this was very collaborative. You know the aphorism that the Grateful Dead was never just the people up on stage, it was everybody in the room? There were a lot of people in the room for this one — literally, since we started with a big meeting, with David, Mark Pinkus, Doran Tyson, Ryan Wilson, Kate Dear, Lisa Glines, and more — just about everyone in the credits, and maybe some we missed! We talked about the show and the atmosphere of the day and how we could convey that feel, and we discussed different options for the physical package. Everyone contributed ideas and views. I went home and started doing little thumbnail drawings that might convey the feeling we’d talked about. Eventually I had something ready to share, and then the big “feedback > rework > feedback > refine” process began — and continued up to the very last second. Along the way, Doran and Ryan made contact with Courtenay Pollock, and he jumped aboard with his fantastic tie-dye work. We didn’t have any photos from the concert, so I went through hours and hours of outtakes from the film and took individual frames to use in the booklet. When we started it seemed like we had plenty of time, but that changed! Fortunately, Doran, Ryan, David and Kate were always there with ideas and support, and when I simply ran out of time as I was wrapping up the interior illustrations, Lisa pitched in and helped pull those together. It’s always a pleasure to work with these folks — I think it must be kinda what being in a band feels like.

Anything else our dear readers should know about you?

Well, for the last five years I’ve also been designing and illustrating the DVD releases for Mystery Science Theater 3000, another really fun client. MSTies, their fans, are as devoted and engaged as Dead Heads. I’ve done a bunch of comics, ranging from The Simpsons to Superman (and received an Eisner Award, sorta the comic book version of a Grammy), I’ve been an editor on some indie films, and I’ve made my contribution to the culturally vital celebrity-chef genre by illustrating a couple of Jessica Seinfeld’s cookbooks. I get to work with a lot of very talented art directors, designers, photographers, illustrators, producers, cartoonists, writers, editors, directors, musicians — creative people of all sorts. Plus, I work at home in a studio I share with my wife, and it’s an easy bike ride to Venice Beach. It’s pretty great. So what you should know is: I have one of the best jobs in the world.

Grammy Award-winning artist Steve Vance is a veteran when it comes to designing memorable packages. He's also been on Team Dead for quite some time, lending visual direction to classic collections like Winterland 1973: The Complete Recordings and Spring 1990: So Glad You Made It. Learn more about some of his favorite projects and sources of inspiration below.