When the Dead began to play in 1965, Bob Weir was just 17, so he was naturally treated as "the kid." Over the years, he grew to the point of being one of rock's finest and most distinctive rhythm guitarists, and a band stalwart always. He grew up on the Peninsula south of San Francisco, and was glued to a guitar from the time he was 14. One of his earliest influences was a local folkie named Jorma Kaukonen. He first joined in with Garcia in 1964 to form "Mother McCree's Uptown Jug Champions," and then was a co-founder of the Warlocks, later the Grateful Dead. As the band grew, he became the co-lead-vocalist with Garcia, and wrote a number of important songs, including "The Other One," "Sugar Magnolia," "Playing in the Band," and "Throwing Stones." He is married to the former Natascha Muenter, and they have two daughters, Momo and Chloe. His band RatDog is increasingly active. 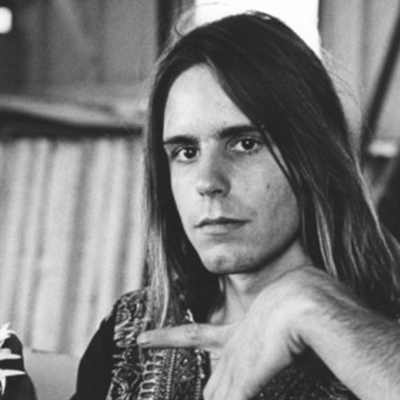