As lead guitarist in a rock environment, Jerry Garcia naturally got a lot of attention. But it was his warm, charismatic personality that earned him the affection of millions of Dead Heads. He picked up the guitar at the age of 15, played a little '50s rock and roll, then moved into the folk acoustic guitar era before becoming a bluegrass banjo player. Impressed by the Beatles and Stones, he and his friends formed a rock band called the Warlocks in late 1964 and debuted in 1965. As the band evolved from being blues-oriented to psychedelic/experimental to adding country and folk influences, his guitar stayed out front. His songwriting partnership with Robert Hunter led to many of the band's most memorable songs, including "Dark Star," "Uncle John's Band," and the group's only Top 10 hit, "Touch of Grey." Over the years he was married three times and fathered four daughters. He died of a heart attack in 1995. 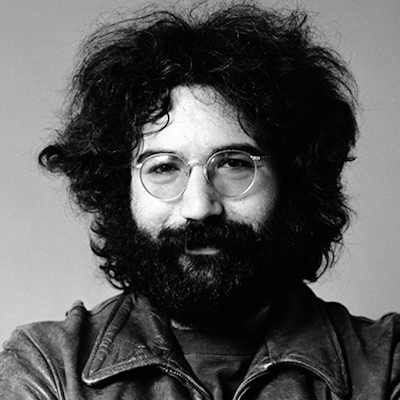