Donna Jean Godchaux was a beautiful southern girl who grew up in Muscle Shoals, Alabama. A man named Rick Hall founded a studio there called "Fame," and before too long, people began to talk about the Muscle Shoals sound. By the age of 15 she was wearing a cheerleader's uniform at her first session - Donna Jean was one of the harmony singers at Fame. She appeared on tracks that included Elvis Presley's "Suspicious Minds" and Percy Sledge's "When a Man Loves a Woman." After a while, she said, it started feeling like a job, so she headed for San Francisco in the summer of 1970. A few months later, she fell in love with a guy named Keith Godchaux. One night in October friends dragged her to a Dead concert at Winterland and she discovered the spiritual nature of the band. After introducing Keith to Garcia and getting him the gig, she waited a while before joining him on stage. She still sings, and she's still very beautiful. 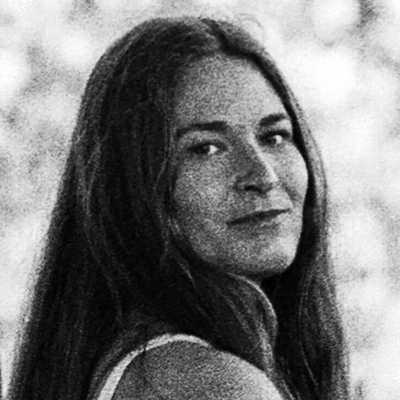