Starting a rock band was actually Ron McKernan's idea, and he was its first front man, delivering stinging harmonica, keyboards, and beautiful blues vocals in the early years of the Warlocks/Grateful Dead. Nicknamed "Pigpen" for his funky approach to life and sanitation, he was born into a family that was generally conventional, except for the fact that his (Caucasian) father was an R & B disc jockey. And that sound put Pig's life on the rails of the blues from the time he was 12. Liquor, Lightnin' Hopkins, the harmonica and some barbecue - it was an unusual life for a white kid from San Carlos, but it was Pig's life. And the hard-drinkin' blues life began to catch up with Pig by the very early '70s. He played his last show with the band in 1972, and on March 8, 1973, he died of internal hemorrhaging caused by his drinking. 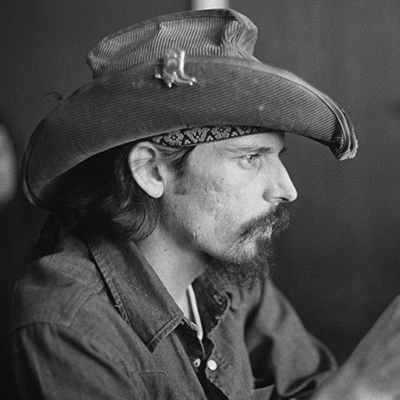