John Perry Barlow is a retired Wyoming cattle rancher, a former lyricist for the Grateful Dead, and co-founder of the Electronic Frontier Foundation. Since May of 1998, he has been a Fellow at Harvard Law School's Berkman Center for Internet and Society. He was born in Sublette County, Wyoming in 1947, was educated there in a one room schoolhouse, and graduated from Wesleyan University in Middletown, Connecticut with an honors degree in comparative religion in 1969. In 1971, he began operating the Bar Cross Land and Livestock Company, a large cow-calf operation in Cora, Wyoming where he grew up. He continued to do so until he sold it in 1988. He co-wrote songs with the Grateful Dead from 1971 until their demise in 1995. He's known them since they looked like this. In 1990 he and Mitchell Kapor founded the Electronic Frontier Foundation, an organization which promotes freedom of expression in digital media. He currently serves as its Vice Chairman. In 1990, he first applied William Gibson's science fiction term Cyberspace to the already-existing global electronic social space now generally referred to by that name. Until his naming it, it had not been considered any sort of place. He speaks, consults, writes for a living. He has written for a wild diversity of publications, ranging from Communications of the ACM to The New York Times to Nerve. He was on the masthead of Wired for many years. His piece for Wired on the future of copyright, The Economy of Ideas, is now taught in many law schools. His manifesto, A Declaration of the Independence of Cyberspace has been widely distributed on the Net and can be found on more than 20, 000 sites. Partly as a consequence of that, he was called "the Thomas Jefferson of Cyberspace" by Yahoo Internet Life Magazine back when such cyber-hyperbole was fashionable. He is a recognized commentator on information economics, digitized intellectual goods, cyber liberties, virtual community, electronic cash, cryptography policy, privacy, and the social, cultural, and legal conditions forming in Cyberspace. He also works as a consultant on such matters with the VanguardGroup, Diamond Cluster Exchange, and the Global Business Network. He is also a member of the External Advisory Council of the National Computational Science Alliance. In recent years, he has devoted much of his time and energy helping to "wire" the Southern Hemisphere to the North and has traveled extensively in Africa. His Wired piece, "Africa Rising" describes the first of these journeys. More recently, he has been working with Brazil's Minister of Culture, Gilberto Gil, in an effort to get all of Brazil's music online. In June of 1999, FutureBanker Magazine (an ABA Publication) named him "One of the 25 Most Influential People in Financial Services," even though he isn't in financial services. Finally, he recognizes that there is a difference between information and experience and he vastly prefers the latter. He is the father of three daughters, Leah Justine, 21, Anna Winter, 19, and Amelia, 17. When not away at school or traveling with him - which they often do - they live in Wyoming with their mother, Elaine Parker Barlow, to whom he was married for 17 years before they separated in 1992. He lives in Pinedale, Wyoming (75 miles from the nearest stoplight or franchise), New York's Chinatown, San Francisco, Salt Lake City, On The Road, and in Cyberspace. 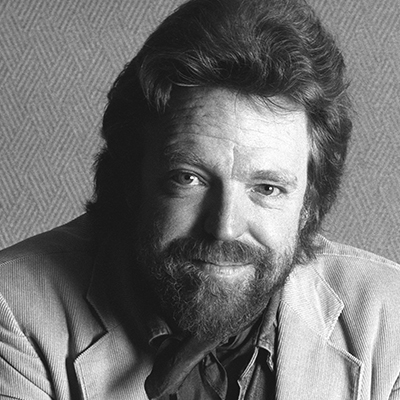