home > features > All In The Family: Jason Cozens

Illustrator Jason Cozens has been reimagining iconic pop culture since his teenage years so when we came across his work, we knew he'd be a natural at bringing you that late 80s/early 90s Dead Head vibe for our GIANTS STADIUM 1987, 1989, 1991 release. In this edition of ALL IN THE FAMILY, find out how "The Mouse" initially inspired him, how he's been nurturing "The Spark" ever since, and why TERRAPIN STATION is the Grateful Dead record he'd take to the desert island.

Give us a little background into your upbringing and your earliest exposure to art.

I was born in Hammersmith, London to a relatively non-artistic family... although my mom makes pretty sweet shadow boxes ...mostly of clowns. By 10 years old I had relocated with my mom to sunny Southern California, home of Mickey Mouse, beaches and skateboards. At 12 years old my artistic awakening occurred during a road trip to San Felipe, Mexico. It was there that I laid eyes on something so earth shattering that it affected the direction of my life even to this day. There, hanging in an outdoor bazaar with the marionettes and striped ponchos was a white Mickey Mouse tee shirt. Only this wasn’t just any Mickey Mouse shirt. Mickey was wearing pleated cholo pants, had a headband on, and was FLIPPING THE BIRD!! I couldn’t take my eyes off it. It was cooler than any Mickey Mouse shirt I had ever seen. Better than any Mickey Mouse shirt could ever be! Underneath Mickey’s image in thin, angular letters were the words “Macho Mouse.” It’s like all of the planets, stars and galaxies in my 12 year old universe aligned at that moment and my artistic soul was birthed in a flash of white hot cotton. Despite my pleas, there was no way my mom would buy it for me, so I took it home with me in my mind and in my heart. 3 years later I screenprinted my first tee shirt and I’ve never looked back. I’ve now designed 1000’s of tee shirts and have also branched out to do different types of design and artwork too. But no matter what I’m working on, I always try to keep a little bit of that Macho Mouse spirit alive!

How does the process differ when you are designing for different mediums – apparel, social media, motion graphics, etc?

There are different technical paths for each, but to me most interesting and eye catching commercial designs share one very un-technical element that I call “the Spark”. It usually contains some aspect of the artist’s soul in it and feels so very special. When designing for any medium, I mostly try to just nurture the Spark! I’ve found that designing tee shirts takes an especially high level of care since the wearer, in some way, is using it to represent themselves. It’s such a privilege as a designer to occupy that place. There’s the print, usually front and center on their chest, sending a message without the wearer saying a word. Before burning screens I usually print out the design, tape it to my chest, look in the mirror, squint my eyes, spin around like I’m surprising myself, squint my eyes again, scrutinize every aspect of the design, ask opinions, make changes, then repeat the process as many times as necessary!

What are some of your favorite projects to work on?

I love working on tour merch and music licenses so much. Whether I’m designing tour tees for a Grammy award winning artist or freebies for a local band with 50 followers I always enjoy the process of learning about the artists’ histories, reading their lyrics and trying to create that shirt that a hardcore fan will love and wear until it falls apart. 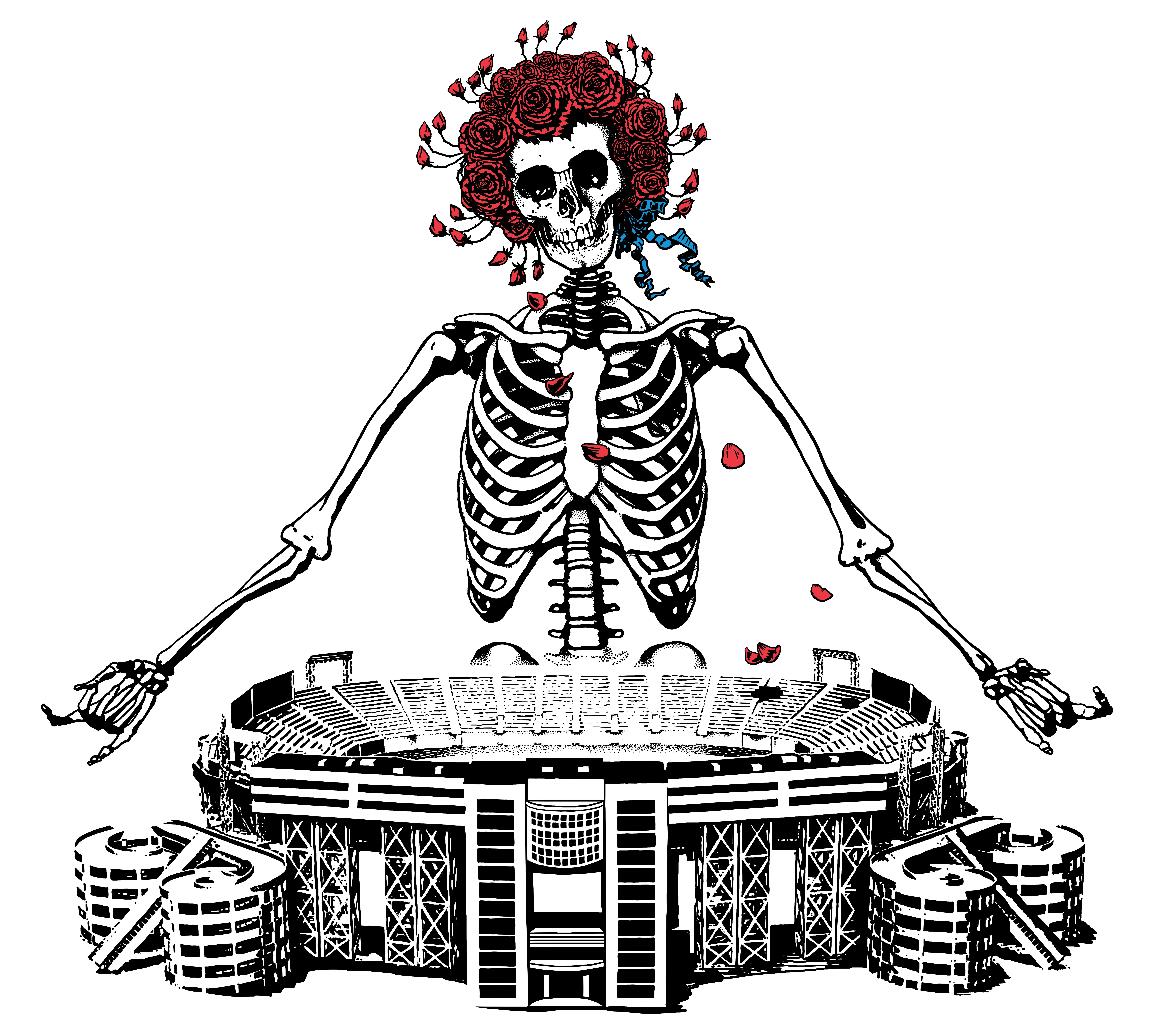 Tell us about the process of creating “Dead Heads” for the GIANTS STADIUM releases.

When Lisa Glines and Doran Tyson at Rhino/Warner revealed the art concept and era of the shows, I immediately felt connected to the project. It felt destined to be! I remember that era so well and the Dead played such a specific part in it. As far as the process, Doran and Lisa created detailed descriptions of these characters... and these details just evoked so many memories for me that the research and drawing fell into place in a totally natural way. It was like a fun archeological dig through an era where everyone wore white shoes and short shorts!

Which one would you be?

First exposure to the Dead/first show

My initial exposure to the Dead was my first summer after high school when some of the older gutter/skate punk guys in my neighborhood mysteriously and unexplainably morphed into Dead Heads. To me, at the time, it felt like such an intriguing transformation. At the gas station where I worked, the guys that previously wore Bad Brains and Dead Kennedys shirts suddenly were making tie dyed tees and socks and even selling them right there at the 76 station! I attended my first show a year or two after that, so around ‘89-ish with some new friends who were into D&D and the Dead. Looking back I can see how we were the generation exposed to the Dead during the popularity of Touch of Grey.

"Terrapin Pt.1" - I love that it’s an endless journey, lyrically and musically.

Everything I’ve ever heard by them has such a timeless quality that I can’t really answer that!

The Terrapin Station album. It can cover all of the moods.

..being open minded enough to tap into the timeless musical and cultural rhythm that the Dead have created for us. I’m amazed how every generation rediscovers their essence at just the right time. We are definitely in the midst of a resurgence right now! I also love the way that the Dead’s fans embrace skull imagery in a way that’s not sinister or morbid. It feels more like a celebration of life than death. Skeletons are dancing and skulls are smiling. I use a lot of skulls in my personal paintings so I find it so interesting and inspiring to see them used in this positive way.

You can learn more about Jason Cozens' work at machomouse.net. 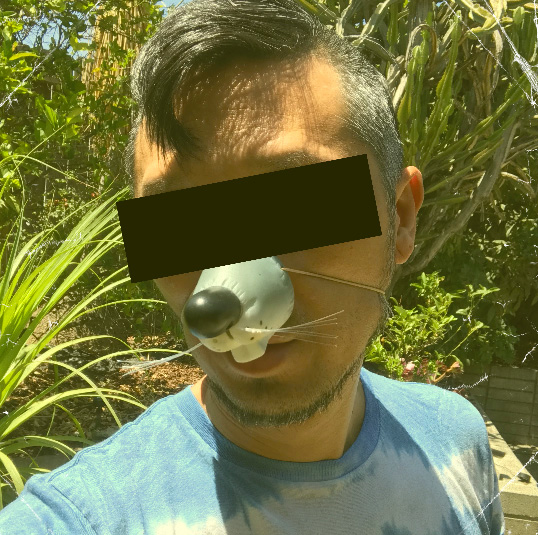