home > features > All In The Family: Justin Kreutzmann

You are in the unique position of being able to share experiences of what life was like growing up Dead so to speak. Give us a little taste of what that was like.

It’s the only family experience I had so I don’t really have anything to compare it to. At the time I think I compared my life to TV. Let’s say growing up with the Dead wasn’t like The Brady Bunch or even The Monkees, both of which I loved. It was more Star Trek. The Grateful Bunch! It was normal to me, normal in a Grateful Dead kind of way. It wasn’t like Dad had 9 to 5 hours so the family structure shifted around the music. Everything was about the gigs. Everything else came second, the gigs were the thing.The Grateful Dead was the thing. I know that sounds sort of sad but with that came so much and amazing experiences. Might have missed a lot of school but I got to hang out in New York for 2 weeks when I was 11 while the band played Radio City. Learned a lot about life from that! I got to go to “summer camp” at Kesey’s house. While there I decided to read Cuckoo’s Nest and every morning got to talk to Ken about it. That was cool and great school. 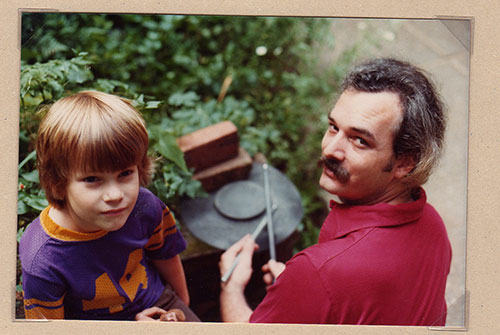 When you were just a kid, your dad gave you a Super-8 film camera. Do you remember the first film you made? What was it about?

Funny. I actually just came across that footage when transferring stuff for the Weir movie. Christmas 1977. I got an Atari player, a Lightsaber and a Super-8 camera. It all started that day... The first footage was all home movies like everybody else when they get their first camera. There’s stuff of the band at Winterland so that must have been the New Year’s run of ’77? Little family things mixed with Dead shows and random weirdness. The first “movie” I made was for school, at least the first movie with a script. A Rolling Stones parody called, It’s Only Rock ’n’ Roll. The Stones were touring in ’81 and it was all "Start Me Up" and Stones everywhere.

Were there any times you had to shut down production?

Actually the opposite is true. My biggest hero in filmmaking was Gio Coppola. In the mid-80’s he wanted to get into music videos and said we should do one together. That was HUGE for me. We asked a local guy if we could make a video for him but at the last minute it fell through. I asked my Dad if he could help so he called Brent and they put a band together and we made a video called Nobody’s. The band stayed together and became Go Ahead. Gio died 3 months after we did the video and Brent of course died a few years later. But Dad and Brent really came through for us and we have that one project we all got to do together. 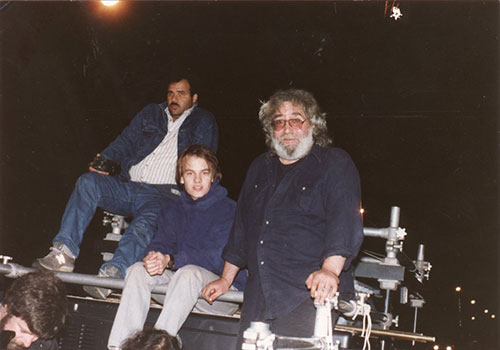 Jerry and Justin in ’87 on the camera truck on 4th Street in San Rafael shooting the "Hell In A Bucket" video.

The Who, U2, The Black Crowes, Yoko and Sean Lennon, and of course, the Grateful Dead – any magic moments you captured that particularly stand out or that we may never get to see…

Most of the magic moments I’ve captured are out there... or will be. We did a bunch of Pete Townshend and Who stuff that hasn't been released...yet. There’s some Dead stuff still in the closet but with all these Dead related projects going on it’ll all come out someday. 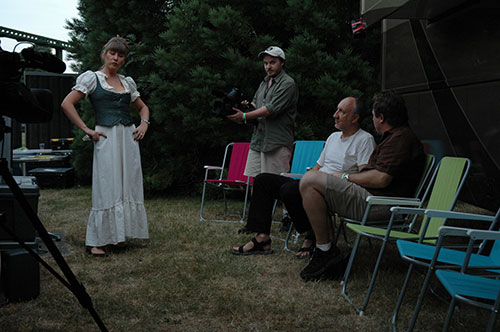 Any must-see music documentaries that you admire, think the Dead community would enjoy?

The Other One: The Long Strange Trip Of Bob Weir

Any new bands or artists that you would love to work with?

Ryan Adams. I know, I know, he’s not “new” but he’s younger than a lot of the folks I work with and his music is great. I’m painfully uneducated on what’s new in music today. Need someone to turn me on. Every year there’s new music that comes out and is amazing. You just have to look for it or get shown the light. Look around the corner from the more commercial stuff - generally speaking.

Tell us about your new duties as Chief Creative Officer of TRI Studios. What does that entail?

Dishes. Ok, that’s not true. No one cleans the dishes at TRI. I make the videos. That what I do now and what I’ve always done at TRI.

Great things! The Weir movie will be released and there’s a major GD documentary picking up steam. The Hard Working Americans movie, The First Waltz, comes out in September. I really like those guys and the movie is fun. I’m in post on a Dr. John concert film I directed and planning a couple more super cool ones by year’s end. Also been working for my buddy Mike Fleiss on his TV shows. Exciting, exciting stuff. Movie and TV projects I’d love to see... so amazing I’m getting to work on them! But the best part of 2014 will be spending time with my lovely wife Stephanie and my daughter Alivia and new son Lukas. I’m just tying to make them proud. 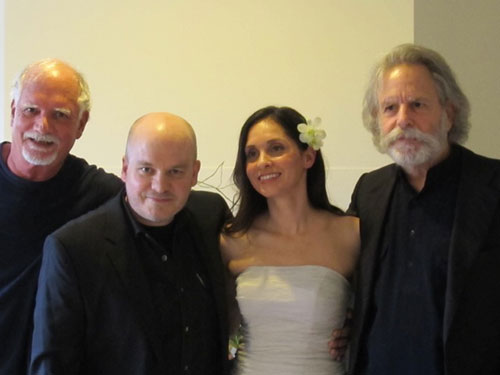 Display on homepage featured list
On
Homepage Feature title
All In The Family: Justin Kreutzmann
summary