home > features > All In The Family: Sepp Donahower

If you were looking for a miracle during the early days of the Grateful Dead, Sepp Donahower would have been a good man to know. In this edition of All In The Family, the concert promoter talks about taking a trip to Haight Street to book the band, the challenges of the Wall of Sound tour, and a few of his favorite moments "on the bus."

The late 1960s in Southern California, certainly a great place to be. Tell us a little bit about how you got your start at Pinnacle Dance Concerts and about your first encounter with the Grateful Dead...

In 1967, while still a student at Graduate Business School at USC, a friend and I made a deal to get exclusive use for the Shrine Exposition Hall to do concerts. We went to San Francisco to book the Grateful Dead for our first show. We went to their house on Haight Street and met with managers Rock Scully and Danny Rifkin. We all hit off, and we made a deal, and a lifelong friendship with Rock Scully that lasted until his recent passing within the last few years. The first show we did as Pinnacle Dance Concerts was The Grateful Dead, Buffalo Springfield, and Blue Cheer. Poster below… originals of this poster now sell for over $30,000. I was the founder of Pinnacle Dance Concerts, along with Marc Chase, and graphic designer John Van Hamersveld. John and I grew up together in Palos Verdes, and were roommates while I was going to USC and John was at art school.We put on many of the early LA shows for Grateful Dead, Jefferson Airplane, Big Brother & The Holding Company, Moby Grape, Country Joe & The Fish, Quicksilver Messenger Service, The Steve Miller Band, BB King, Albert King, Junior Wells, Buddy Guy, Pink Floyd, Traffic, Jeff Beck Group, The Doors, Peter Green’s Fleetwood Mac, Sly & The Family Stone, Ike & Tina Turner, and the list goes on. After Pinnacle in 1970, I started another concert company called Pacific Presentations with Gary Perkins and Robert Bogdanovich, two friends I grew up with in Palos Verdes area. Pacific within a few short years became one of the five largest concert companies in the US, producing shows all over the US and Canada until the late 70’s.

Do you have any standout memories from the Pacific Northwest tours of ’73-’74?

The Pacific Northwest dates were always a gas. The theaters in Portland and Seattle we often used were run by two really cool cats who really knew what they were doing. Runs up there usually always included a visit to Kesey’s place outside Eugene.

The Wall of Sound Era was very interesting. The system was finicky in that it relied on using two mics out of phase, and the range of the mics for picking up vocals was very sensitive. At this time, Sam Cutler, tour manager for Rolling Stones, came onboard to run the touring of the Grateful Dead. Sam approached us to do many, many shows around the country with the Dead at this time, as he was intent on solving their financial problems, and having them earn more money from their touring. As I remember, Sam doubled their earnings very quickly, and we became a favored promoter for several years because we did a good job for them, and developed friendships with many of the crew and band. It was probably the most creative period of the band, and their live shows were by and large excellent.

Your career has taken you from concert promotion to the fashion world with surf, skate, and western wear to media management. How do all these interests tie together?

I became very good at directing graphic design and marketing by producing and buying all the print, radio, and tv advertising for thousands of shows all over the US and Canada. I also got be able to "read" these markets for trends and so on, and really got to know them. Music and youth fashion are very connected and in a way are first cousins in pop culture, and transitioning between fashion and music was kind of natural… and the schooling I got in marketing from concerts was invaluable in launching fashion labels.

A few very special gigs - one at the Hollywood Bowl, which was PigPen's last performance with the band, and some of the UCSB stadium gigs in Santa Barbara… (poster below of Hollywood Bowl, and picture of me (far right) with Sam Cutler and John McIntyre at UCSB.

I don’t really view myself as a "Dead Head"… I spent a lot of time in a professional relationship with the management, crew, and band, and made friends with many of them for many years. They are all nice folks. They are actually all really really nice people and far more normal that anyone would ever imagine. You get to know people on a pretty deep level with the stress of performing and touring… and they were some of the nicest I worked with. I used to joke with them, and say, you know if you guys did a 90-minute set you would be one the biggest acts in the world… because they truly did have 90 minutes of hits from a live standpoint. They would all laugh. 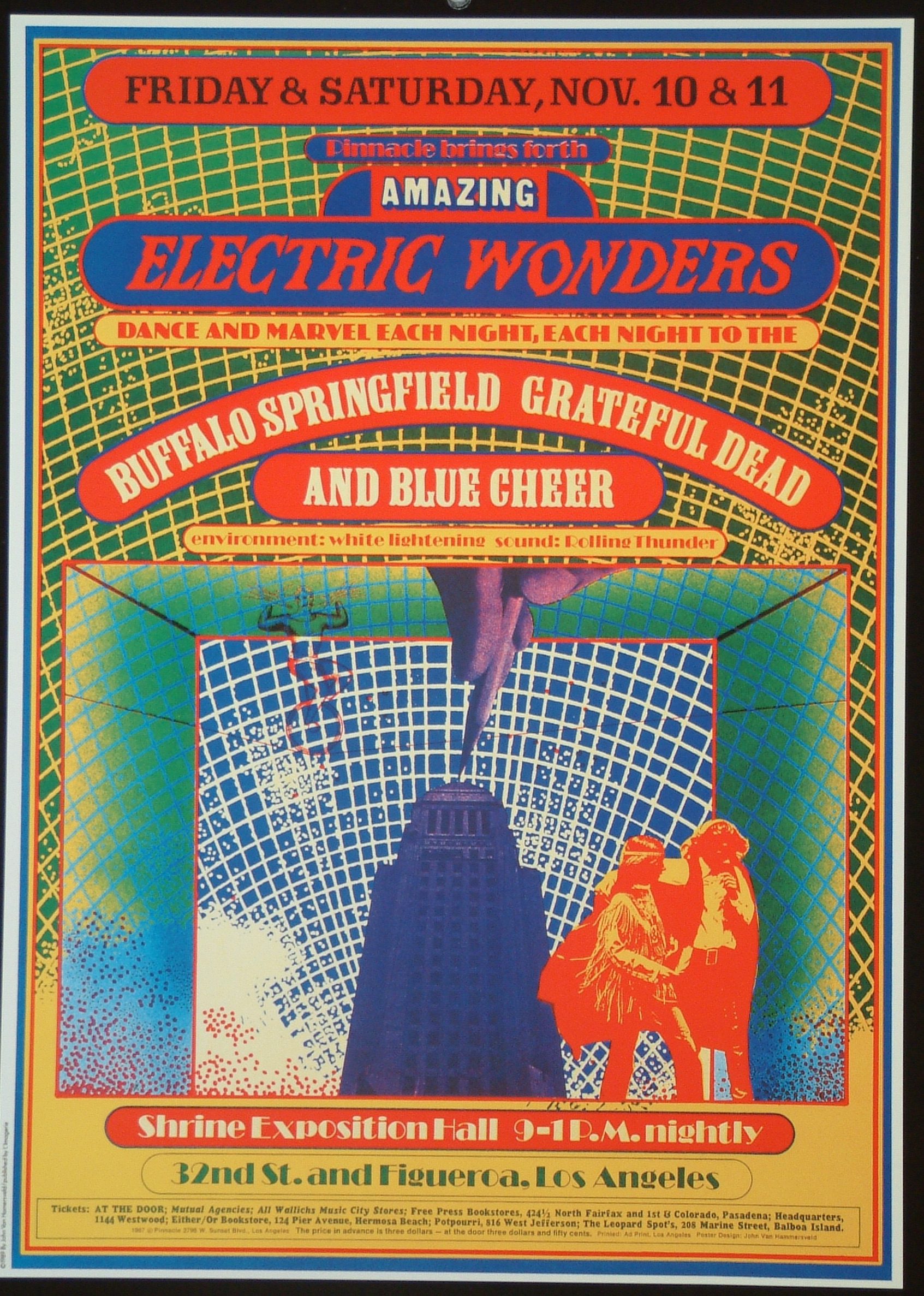 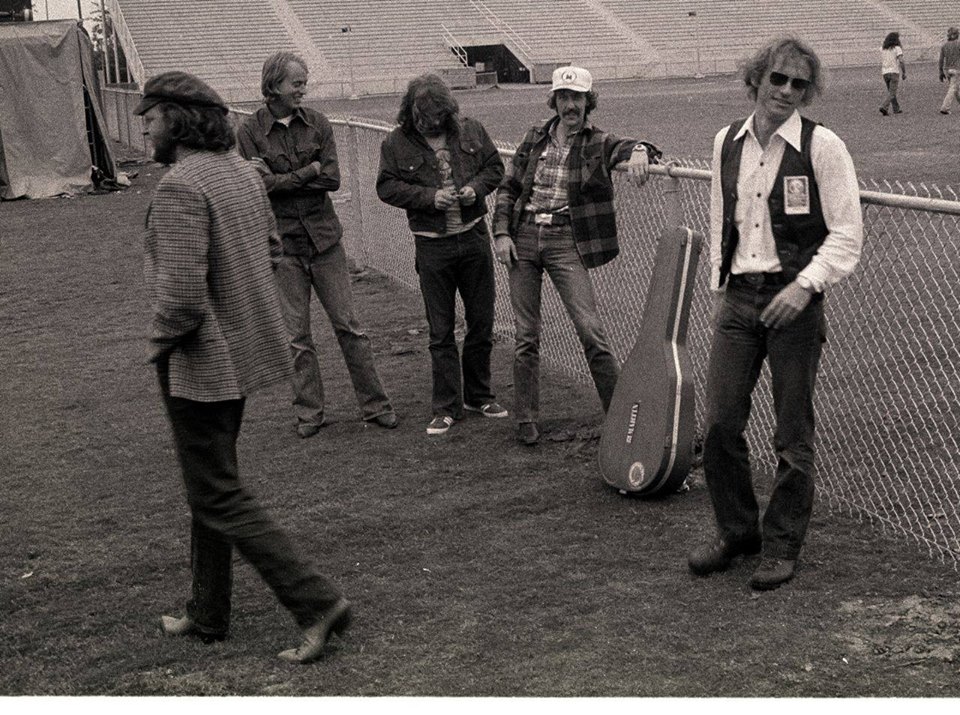 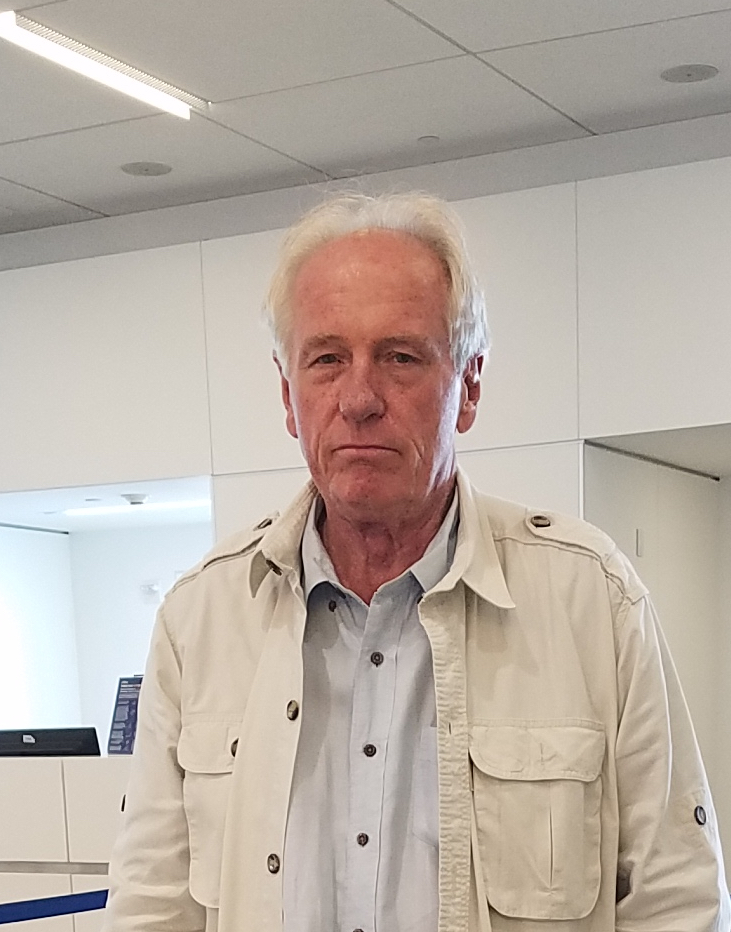