Jerry Garcia’s visual art will be on exhibit at fellow musician Jorma Kaukonen’s Psylodelic Gallery from April through August 1st and at the Asbury Park Music in Film Festival on April 9.

The Jerry Garcia Foundation is presenting a new limited edition archival print of Garcia’s Wisteria oil painting for Spring 2016. The Wisteria piece can be previewed this week with 30 other pieces in The Art of Jerry Garcia Exhibition at the Psylodelic Gallery located in Pomeroy, Ohio. The exhibit runs from April 6th through early August. All proceeds from eleven donation pieces to benefit the Psylodelic Gallery.

“We are so honored to be able to show my old friend Jerry’s work in the Gallery. If Jerry and I were to be able to look into the future back in the 60’s when we met, we sure would’ve gotten a kick out this. I made sure that I worked on hanging this show in particular. His work is exemplary…” Jorma Kaukonen, member of the Rock & Roll Hall of Fame and a Grammy nominee, he is founding member of two legendary bands, Jefferson Airplane and the still-touring Hot Tuna.

The Art of Jerry Garcia will be on display at the Psylodelic Gallery at the Fur Peace Ranch Center for Art and Culture in Pomeroy, Ohio from April 6 through August 1, 2016. Opening week hours will be Monday, Wednesday, Thursday, and Friday from 12 p.m - 5 p.m.

The Asbury Park Music Foundation will also feature Garcia’s Wisteria at the Asbury Park Music in Film Festival. The piece can be seen when it appears in the Art629 Gallery during a “Growing Up Dead” panel discussion preview of the soon-to-be-released Martin Scorsese Grateful Dead Film. Jerry Garcia Foundation Advisory Board member and Ambassador, Seth Rogin is joining Justin Kreutzmann and APMFF Advisory Board Member, Jim Dowd to speak on the panel in the Art629 Gallery at 12:00pm on April 9th. Jerry Garcia and the Grateful Dead will be celebrated in song and art at the Film Festival throughout that day and evening.

“The Grateful Dead concert in Englishtown in the late 70s was the largest show in New Jersey history. The energy that follows the Dead is so well aligned with the mission of the Festival and the Foundation. We are honored to include Jerry’s artwork at APMFF 2016. Special thanks to the Jerry Garcia Foundation for their continued support,” said Matt Hockenjos, Executive Director of the Asbury Park Music Foundation.

The art will be available at auction with proceeds benefitting the Asbury Park Music Foundation.

Garcia’s fine art has toured in various exhibitions since 1990. In 2014, the virtuoso’s work was exhibited at the Centre National d’art Contemporain Le Magasin, an art museum located in Grenoble, France. Several of the exhibition pieces were donated to the museum.

“Wisteria brings the viewer impressions of spring. Cascading purple flowers and verdant hills and trees move in graceful lines touching the blue sky,” said Manasha Garcia, co-founder of the Jerry Garcia Foundation. “We’re very pleased to present Wisteria to the community and honored to have it exhibited at the Psylodelic Gallery and at Asbury Park Music and Film Festival.”

Will visit this week 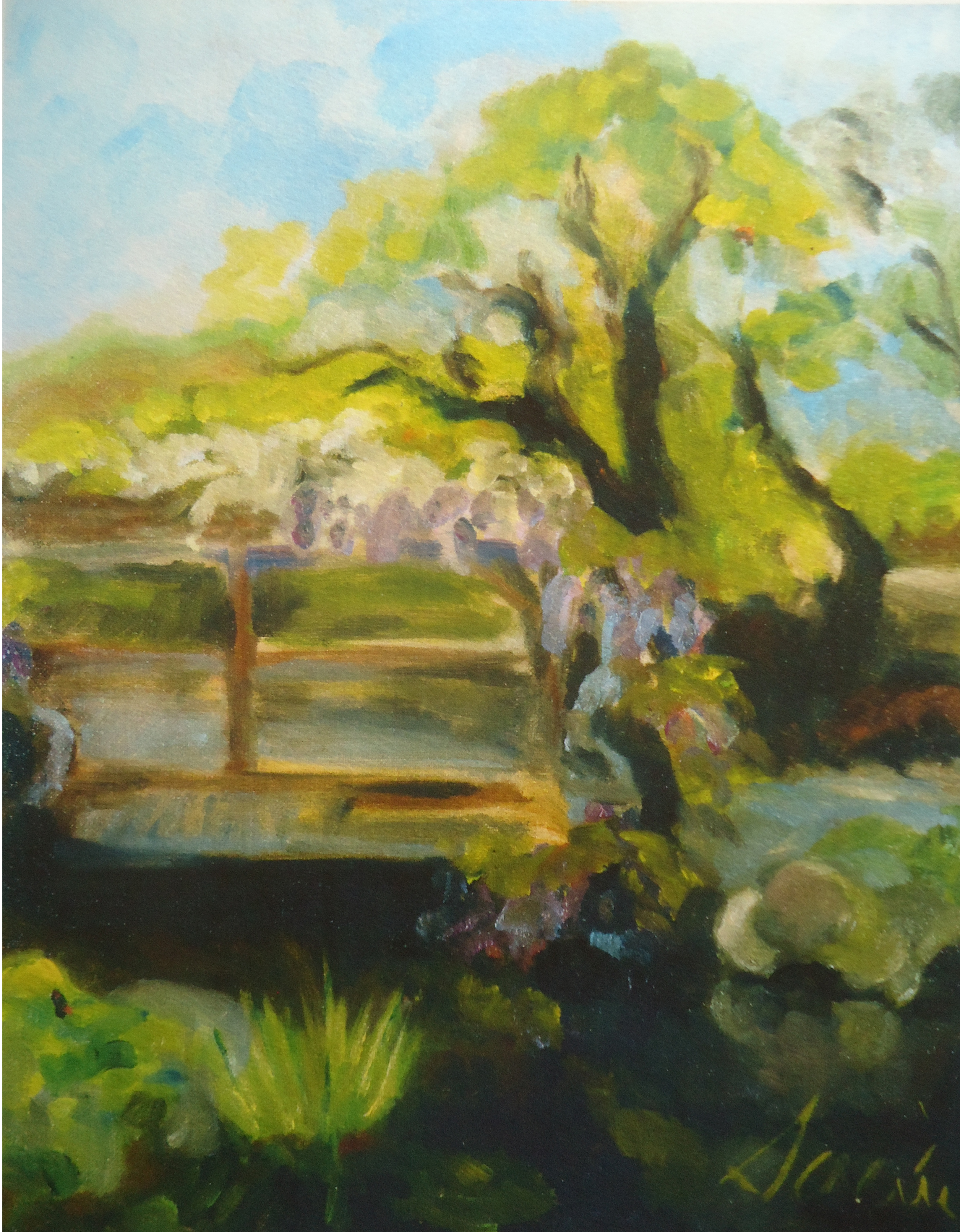