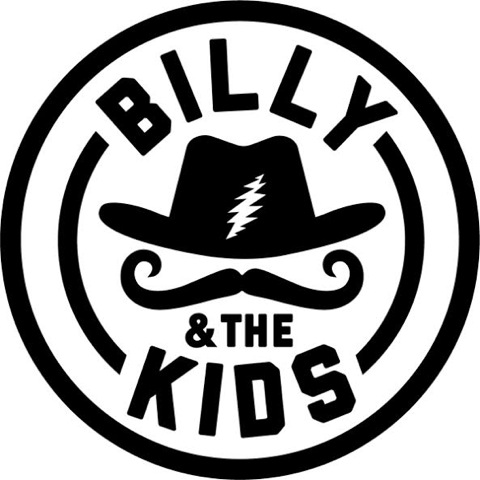 Bill Kreutzmann has been making quite a comeback in recent weeks, with a sudden flurry of public appearances. In light of all the sudden activity, Kreutzmann has become increasingly active on his Facebook page. Last week, he surprised the entire Grateful Dead community -- in the best way possible -- with the following status update: "Music is an adventure. Jams are a journey. And my new band, Billy and the Kids, will take you there." The core band, as introduced by Kreutzmann, will feature keyboardist Aron Magner (the Disco Biscuits), guitarist Tom Hamilton (American Babies), and bassist Reed Mathis (TLG).

Billy and the Kids will make their official debut at the Warren Haynes' Christmas Jam in Asheville, NC on Saturday, December 13.There's been no word yet about an anticipated tour, but rumors about certain dates have been popping up.

This past August, Kreutzmann and fellow GD drummer Mickey Hart played with the Disco Biscuits, including a headlining set at the Gathering of the Vibes in Bridgeport, Conn. A few weeks later, Kreutzmann pulled a "Merry Prank" when he threw out the first pitch for the San Francisco Giants at AT&T Park -- Kreutzmann was seen animatedly squirting a few drops of Visine on the ball. In September, when Bob Weir was forced to cancel an appearance at Lockn' Music Festival in Arrington, VA, Kreutzmann stepped up to the plate and hosted a one-off collaboration entitled "Bill Kreutzmann's Locknstep Allstars." The group, which became the prototype for Billy and the Kids, featured Steve Kimock and Tom Hamilton on guitar, Aron Magner on keyboards, and the Allman Brothers' Oteil Burbridge on bass. (Click HERE for a free download).

Later this month, Kreutzmann will unveil the title and cover art of his memoirs, which will be released on May 5, 2015 (St. Martins) in celebration of the Grateful Dead's 50th.

Hey Man, Looking forward as we always do to a new project from Bill Keep on swingin' that cat and hope to see you up here in NE real soon. shwack in NH

but I really liked "7 Walkers" and was hoping they would do another album-what happened to that group?

Billy, haven't seen you since BK3 (which rocked) ~ and Oteil's back in the fold! If you guys are hitting Portland, I'll be in front of your kick drum! Probably not wearing a tie-dye, but I'll be the guy with the beard....

it always makes me smile. I was wondering they were just thinking about the outlaw when they thought of it or if Billy has some goats out there at his place, or both. Hope I get to see a show !

what did happen to 7w

that line up seemed to have real chemistry, billy as animated and having fun as ive ever seen. they were not boring. glad i picked up their record. sweet tunes for sure.
6 comments
sort by
Recent
Recent Oldest A to Z Z to A
Reset
Items displayed