“Pop quiz!” Was there a more frightening combination of words in high school? “I knew I should've read that chapter!” “If only I had been paying attention when the teacher outlined that formula, instead of daydreaming about Tish Ferguson.”

Have no fear. This test is gonna be fun! I promise it will not count toward your final grade. Think of it as a little brainteaser to keep you sharp and counteract all that soporific tryptophan you put in your system on Turkey Day.

What follows are 50 questions (requiring a total of more than 150 answers) about the Grateful Dead. Some are reasonably easy, some are pretty darn obscure. You might know many off the top of your head; others might require a little research or the assistance of pals. You can work in groups, if you'd like. Uncle Waldo and Aunt Sue might want to tackle some of these during one of your post-Thanksgiving leftover meals. That Waldo—what a know-it-all! There are no rules. Use paper or stay virtual. Nobody's going to grade them. There is nothing to win for getting a high score.

In fact, you won't even be able to tabulate your score until I print the correct answers in the next Golden Road Blog on November 30. That's right—the answers are not printed upside down in small type below. Because I know you will TOTALLY cheat, just like you do with the Find Six Differences cartoon on your newspaper's comics page. 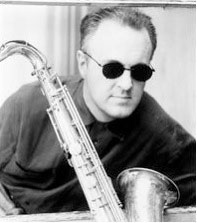 2. On which Dead album does “Serengetti” appear?

3. What Christmas-themed song did Pigpen sing half a dozen times in 1971?

4. On the first Grateful Dead album, who is credited with writing “The Golden Road (To Unlimited Devotion)”?

5. What food does an insistent repeated chant demand in “The Barbed Wire Whipping Party”?

10. During which song would Bob and Phil sometimes sing “Burn down the Fillmore, gas the Avalon”?

11. Which song briefly contained this opening line: “When I woke up this morning, my head was not attached”?

12. What L.A. session ace played saxophone on the album version of “Estimated Prophet”?

13. Sarah Fulcher was a singer in the Merl Saunders-Jerry Garcia band for a few months. On which Grateful Dead album does Fulcher appear?

17. Speaking of dogs, what album version of a Dead song features the sound of snarling canines?

19. At what festival did Phil precede the Dead's set by saying “settle down and spread, 'cause it's time for breakfast in bed with the Grateful Dead!”

20. What was Keith Godchaux's lone songwriting contribution to a Dead album?

22. In which song did a brief interlude known as “Little Star” or “Bob Star” appear a handful of times in 1983?

24. What book did Garcia hope to turn into a film and direct?

25. Who was president of the U.S. when the Grateful Dead visited the White House?

26. Match the cover artist or photographer with the album:

28. Which different spinoff/solo bands did each of these guitarists play in?
a. Robbie Hoddinott
b. Terry Haggerty
c. Bobby Cochran
d. Tom Fogerty

31. Who is Courtney Love's father and how does he connect to the Grateful Dead?

32. Which two members of the Dead play on all these songs: “Deep Wide and Frequent,” “Gran'ma's Cookies,” “Razooli,” “Skywater,” “The Eliminators”?

33. Which of these five Bob Dylan songs was never performed by Dylan with the Grateful Dead?

35. Who do these middle names belong to
a. Richard
b. Hall
c. John
d. Chapman
e. Charles
f. Steven

36. Who was the only member of the Grateful Dead born outside of the United States?

39. At Monterey Pop, what band did Garcia introduce from the stage as “a perfect example of what the world is coming to”? 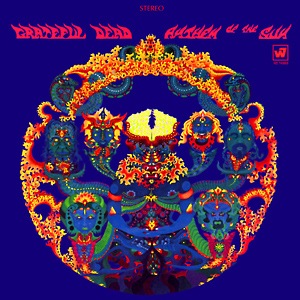 Anthem of the Sun cover

32. Who described the Grateful Dead as “the antidote to the atom bomb”?

43. With what song did the Dead open their set at Altamont?

44. What was the first Grateful Dead studio album to come out on CD upon release?

45. What bands played before and after the Dead at Woodstock?

46. What member of the Grateful Dead played at Woodstock '99?

48. By my count, the Dead performed 10 Beatles originals. Name them.

49. What was the venue that became the Fillmore East called the first time the Dead played there?

50. What were the A and B sides of the first Grateful Dead single?

* * * (Please DO NOT answer questions in the “Comments” section below. I will mercilessly delete them!)

I love this and don't know half the answers off the top of my head. And the ones I do know are often kind of odd.

GD Academic Alliance for Early Release of Archival Recordings of

There's some deep random in there, Blair. Don't even have half of 'em, and some of the ones I do know that I know are pretty quirky. A couple of them are pretty easy, too. And isn't one of them in fact a trick? (mollomed)

Answers to these questions

I probably correctly answered 20 questions -- less than half.

For Number Sixteen h) rat (2) could be three if you include Operator.

A couple of quibbles

re: #12, he played not a saxophone but a 'lyricon', a reed-driven synthesizer. re: #16, 'tiger' or 'tigers' appears in 3 different songs, NOT including Hunter's Tiger Rose and unrecorded Lazy Tiger Rag. Fun list, some very tough questions on there.

somebody has been paying attention to detail and it certainly hasn't been me. i got a few questions answered and #51 for sure ..... :) . looking forward to the answers (and, yeah, i would've totally cheated).

...there may be more answers (dogs, cats, rats, whatever) than I asked for... Give yourself an extra credit point! On #12... he played both saxophone and lyricon, AZanimal...

i know way too much about this band. Not that that's a bad thing. I would pass the test; i also know i would get some of them wrong. Some meshugenah items in there, folks.

What song did Jerry Garcia

What song did Jerry Garcia perform the most in his career? (Not only with the Dead only, but all his bands)

A correction to a quibble

I have been reminded that the person in question in #12 did indeed play saxophone (on the outro), as well as lyricon (on the solo) on Estimated. (edit - I see that Blair has similarly reminded here.)

Here's my contribution . . . What would be the hippest?

I know exactly what you are referring to, "A friend".

search cinema for the solution, padewans.

I discovered long ago that though I may have called myself a Dead head for many years, I knew nothing compared to most. This seals it!

...answer? Or another hint?

Great quiz, this hit the spot! To me this has a days of old Christmas Morning present opening and receiving a puzzle book with all kinds of interesting puzzles and games. With a new pen to boot! Thank you for such a jolly feeling! And no answers required, excellent.

I'm sucking up for extra credit

My brother John says this is more like a final exam than a pop quiz. Me, I think #43 is a trick question.

stolzfus provides a clue. Another hint: It's a Jerry quote, but from where? It's become a secret catchphrase of mine that amuses me greatly every time I use it but everyone else probably thinks is obnoxious. I've yet to receive a twinkle of recognition from anyone!

I'm still curious to know why:1) Jerry wore black ALOT 2) The Dead were not represented at The Last Waltz

" Hang it higher, up there, higher, that would be the hippest" Garcia to crew working on Wall of Sound in GD Movie.

perhaps it was the pyro guy, not the riggers... (mollomed.... what, did you guys train this thing to pick on me? Or are you trying to tell me something...)

"pop quiz" did induce anxiety and usually a poor grade......

..."Stop. Put your pencils down. Pass your completed test to the left."

printknot, you got it! So did slo lettuce in a PM.

I think there are two ravens in Grateful Dead songs (not counting raven-tressed or raven hair).

And I make it three crows (great quiz)

"Knowledge is the past. It is technology. Wisdom is the future. It is philosophy. It is people's hearts that move the age. While knowledge may provide a useful point of reference, it cannot become a force to guide the future. By contrast, wisdom captivates people's hearts and has the power to open a new age. Wisdom is the key to understanding the age, creating the time." Daisaku Ikeda, via Herbie Hancock. At some fundamental level, Jerry seemed to embody this spirit with his musical skill. OR you could say, the entire band, when they hit the X-factor, did just this. I don't want to deny the fun of the quiz, but this is the first thought I had. lol. Go to town! Great quiz!!!!!! Have fun! :))))))

That you know the answers to all the easy questions, but get stumped by the hard ones? The very first Trivial Pursuit question that I ever had to answer was "Who wrote the theme song to 'The Tonight Show' starring Johnny Carson?" None of us had any clue. The answer? Paul Anka. From that point forward in that game (and many subsequent games), anytime one of us was stumped by a question, we answered either by belting out our best rendition of "The Tonight Show Theme" ("da-da-da da-da/ da-da-da-da da-da") or "Paul Anka." Me, I enjoyed the singing answer. I've been doing an inordinate amount of singing with this one, trying to answer without "researching." Is this an open-book test? Where are the answers, Blair? Soon?

Answers are in another thread.
31 comments
sort by
Recent
Recent Oldest A to Z Z to A
Reset
Items displayed