Ralph J. Gleason and the Community of the Dead: The Jefferson Airplane and the San Francisco Sound

In September 1965, pioneering jazz critic Ralph J. Gleason began his widely syndicated San Francisco Chronicle music column with the comment, “Er, ah, it seems kind of lonely out here, doesn’t it?” It was the opening salvo in the next fight he undertook, the next cause he chose to take up in a career defined by thoughtful, passionate advocacy. Just as he had championed jazz in the 1950s, now he noticed a groundswell of new music that deserved, and needed, defenders. The column was devoted to a fledgling rock group he had heard at a small San Francisco club. Four years later, that group became the focus of a book he wrote about the San Francisco rock scene: The Jefferson Airplane and the San Francisco Sound. And even though the Dead are not the central focus of the book, they appear throughout, from the frequent mentions in the opening essay to his chapter-length interview, “Jerry Garcia, the Guru,” that capped the volume. The book still stands as one of the best early works on the San Francisco rock scene, and it makes a fitting final entry in the literary underground of the Grateful Dead.

Published by Ballantine Books in June 1969, The Jefferson Airplane and the San Francisco Sound represented a landmark work in several respects. Gleason’s authorship was its principal cachet: one of the country’s most respected jazz critics, his imprimatur had been a major factor influencing the emerging San Francisco rock scene as it coalesced in 1965 and 1966, and his defense of it had been a major factor in establishing the city’s music as “a dominant strain in the U.S. pop scene” (49), as he put it. Gleason didn’t tout his own efforts in the book, though those had been significant, from his early support of Bill Graham’s efforts to secure a permit for the Fillmore Auditorium to his cofounding of Rolling Stone with Jann Wenner, which gave the scene its most prominent mouthpiece.

Gleason discussed those topics and more in the book. Published only in paperback, The Jefferson Airplane and the San Francisco Sound weighed in at 340 pages, a major tome by any measure, especially by pop pulp standards. The book was marketed by alongside other Ballantine titles such as R. D. Laing’s The Politics of Experience, Alan Watts’ Psychotherapy East and West, and J. R. R. Tolkien’s The Lord of the Rings trilogy- -all works that could be found on Haight-Ashbury bookshelves.

Gleason’s book was about the Haight, however, and it made a forceful argument for taking the music and surrounding scene seriously. The book’s ten chapters are divided into three sections, beginning with an 80-page essay on the history of the San Francisco rock scene, which drew on and often quoted from Gleason’s columns and the Chronicle’s coverage of the Haight. The second section, “The Jefferson Airplane- -Profile of a Band,” presents eight chapter-length interviews with the band and Bill Graham, an oral history that describes much more than just the Airplane’s project. The last chapter- -really an appendix- -provides a list of more than 300 bands that lived in the city or played its venues. This is the most problematic part of the book, since it does not distinguish between incarnations of the same group, nor does it differentiate between temporary aggregations and more long-term efforts. The section that includes that list is labeled “Golden Gate Greats / Oldies but Goodies,” and it begins with the chapter on Garcia.

Along with the opening essay, that chapter makes the book mandatory reading for fans and scholars of the Dead. Gleason talked to Garcia shortly after the Dead recorded their debut album in January 1967. A skilled interviewer, Gleason’s rapport with Garcia made this a revealing encounter, and it still stands as one of Garcia’s best interviews. Already an accomplished raconteur, Garcia provides a fine history of the band and its players, describing their background and work in terms that would echo for the rest of the Dead’s career. Gleason probes what they learned from their recent studio experience, but it is what he elicits about the band’s approach to performance and to electric instruments that makes the interview a milestone in the early journalism on the band. “It’s electronic music in its practical form,” Garcia explains, describing how they had discovered and were exploring the vast potential that electric instrumentation suggested.

In 23 pages, Garcia outlines the Dead’s deep embrace of a wide range of musical forms and styles, from American vernacular genres to world music, all peppered with the humility and candor that would make him a superb interviewee for the rest of his life. He even debunks the myth that their name came from the Egyptian book of the Dead, although that canard would persist for decades, despite his best efforts. Gleason’s choice of title for the chapter and its placement are noteworthy: the book may be focused on the Airplane, but Garcia has the last word, making the Dead the culmination of the book- -and the scene.

That was a major tribute from a major voice. Gleason was a prolific writer, penning thousands of columns and articles, but he published very few books during his life. That makes The Jefferson Airplane and the San Francisco Sound something of an opus, one of the few times in his busy career where Gleason paused to collect his thoughts and record them fully, and it makes the book a manifesto of what he saw in rock music in general and in the San Francisco scene in particular- -what that meant, and what it could mean.

His early work demonstrated that prescience. Born in New York City, Gleason became an aficionado of the city’s jazz scene, writing about it as an undergraduate at Columbia before heading west to San Francisco in the late 1940s. There wrote for a wide range of periodicals, but it was his liner notes that elicited his best work: spread across dozens of jazz albums, Gleason wrote a history of the genre and its greatest practitioners that still stands today. To Gleason, championing the underdog, and the new, was fundamentally an ethical act, an expression of both politics and aesthetics. “Ralph was always open to anything new,” one colleague at Rolling Stone wrote, “not merely open to it but eager to fight for it, as he fought for Miles Davis, Duke Ellington, Bob Dylan, Joseph Heller, Lenny Bruce, the Free Speech Movement, Rock ‘n’ Roll, the San Francisco Sound, the Fillmore Auditorium …” Jazz historian John Gennari credits Gleason as the critic who “flexed hardest to shape the contours of the 1960s cutting edge.”

Beneath the politics and philosophy was a profound belief in the power and vitality of popular art. As Gleason wrote in a 1972 review, “All that really matters is the music itself.” That stance began with how he presented himself: always in a tie, even when he was in the dingiest of clubs, wearing his trademark trench coat, now in the permanent collection of the Rock and Roll Hall of Fame and Museum. A diabetic who didn’t drink, Gleason was an anomaly in the psychedelic scene that he championed in the 1960s, but he saw through the Dionysian aspects to the vibrant art that it fueled and reflected. He defended Lenny Bruce despite that artist’s very public deterioration; indeed, Gleason could defend Bruce precisely because he saw the pressures that were tearing Bruce apart, and he condemned the abuse of power that clouded the comedian’s career and finally destroyed his life. One critic remembers Gleason’s surprise at the fact that both he and Miles Davis used the same kind of needle- -though Gleason’s was for insulin.

Gleason died of a heart attack on June 3, 1975. He was widely eulogized, testament to his influence and to the many friends and admirers he had made in his long and storied career. Fellow critics hailed him for his fearlessness, his honesty, and his ethics; musicians praised him for his politics and his aesthetics, qualities that had made him such an indefatigable champion of emerging artists and artforms. Gleason understood them and their position, always the most vulnerable voices in the vast indifference of American culture. Garcia paid tribute, crediting Gleason for having “finally transcended talking about the music”, which in Garcia’s view was all-important: “that got to be the coolest thing about him,” he noted, “not to talk about the music but about the event.” With Garcia’s support, the Grateful Dead commemorated Gleason’s example by creating an award in his memory, given by the Rex Foundation. The Ralph J. Gleason award honors him as “a major figure in the advancement of music in America in the 1960s, whose openness to new music and ideas transcended differences between generations and styles.”

Amidst the accolades, one tribute was especially thoughtful. Rock critic and academic Greil Marcus’s eulogy also praised Gleason for his ability to spot emerging talent, but was equally outspoken about another side of the great critic’s work. For Marcus, “as much as he was ready for the new, he insisted on the past, and he fought for that too. That people be remembered for what they had done was vital to Ralph; for them to be forgotten, or worse, never known at all, was obscene.”

That is a sentiment that also describes archives and archival ethics, at their best. It is why it has been a privilege and an honor to talk about some of the interesting but often overlooked books in the library of the Dead, just as it has been an honor to curate the band’s archive for the last six years. Like Gleason’s book, archives are also expressions of that fundamental human hope that the voices of the past may continue to sound and be heard, on their own terms. These columns have explored a few of the more interesting nooks and crannies of the literary underground of the Grateful Dead, but I hope that they also point to the far greater array of sources, both literary and archival, that document the Dead’s remarkable journey. Thanks for reading.

Display on homepage featured list
On
Homepage Feature blurb
In September 1965, pioneering jazz critic Ralph J. Gleason began his widely syndicated San Francisco Chronicle music column with the comment, “Er, ah, it seems kind of lonely out here, doesn’t it?” It was the opening salvo in the next fight he undertook, the next cause he chose to take up in a career defined by thoughtful, passionate advocacy.
Feature type
News
Tags
Blog
Nicholas Meriwether
The Literary Underground of the Grateful Dead

Thanks for this article. He will always be remembered, not only for his rock music writing, but his written and televised support of jazz (see "Jazz Casual"). The book discussed above is apparently OOP, and goes for collector values.

My treasured copy is dog-eared and falling to pieces, but it is an indispensable tome both as a reference document and for its great description of the times. Essential reading.

Nick is an amazing archivist

The band and the community are very fortunate to have his work and knowledge.Ralph J. Gleason was one of the great music journalists. Historians will be accessing his work and Nick's work for many years into the future.
Gallery Photo 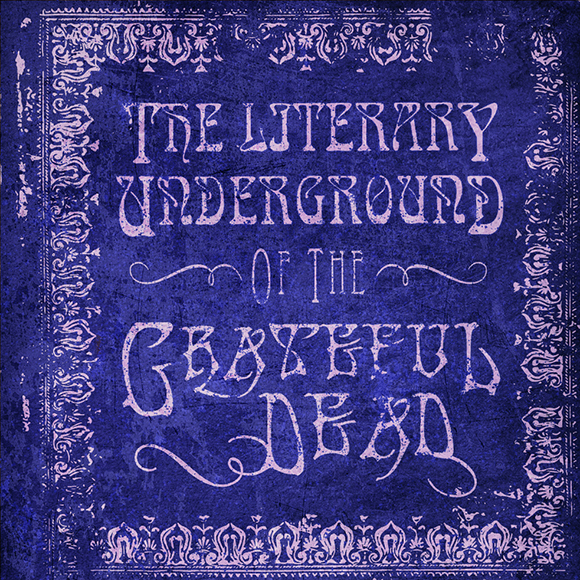