Several pieces of Jerry Garcia’s fine art have been awarded to charitable organizations and can be viewed at galleries and upcoming music celebrations.

“It is an honor to be able to share my father’s creative spirit with so many charitable organizations that support such worthy causes,” said Keelin Garcia.

Jerry Garcia’s fine art can be viewed at the following galleries and music venues:

The event will be presented by Musicians On A Mission and hosted at the Strand Center for the Arts in Lakewood, NJ.

In addition, the Psylodelic Gallery has extended The Art of Jerry Garcia, an exhibit featuring over 30 pieces of Jerry’s art, through November 2016. The Fur Peace Ranch Founders, Vanessa and Jorma Kaukonen, have united music, art, entertainment and education in their Psylodelic Gallery. Designed from a grain silo in Pomoroy, Ohio, the Psylodelic Gallery is home to 1960’s art/music history and is decorated with memorabilia from the Psychedelic Era. The Gallery hosts artists, like Garcia, who is remembered as a quintessential figure of the period.

The Jerry Garcia Foundation, a 501c3 nonprofit organization, serves to support meaningful causes through the beauty of art and music. The Foundation was established in 2015 as an expression of gratitude by family members, Manasha and Keelin Garcia in honor of the musician, artist and visionary, Jerry Garcia. 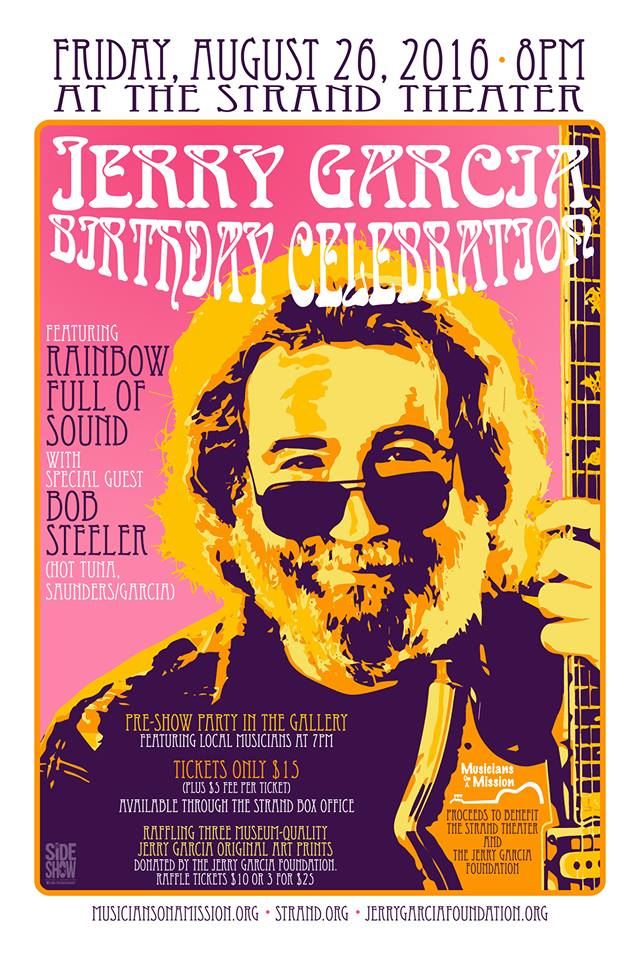