home > features > All In The Family: Tyler Crook

From video games to graphic novels, self-taught artist Tyler Crook's had plenty of experience storytelling. With this in mind, we tapped him to be our 2019 Dave's Picks Artist-In-Residence. Find out why the Dead's skeletons resonate with him and what roll MTV played in shaping his knowledge of the band.

Give us a little background on your start as an artist.

Like a lot of artists, I started drawing when I was just a little kid. I was very fortunate to have a few very supportive teachers that encouraged me to draw. And my parents were always happy to keep me supplied in paper and pencils. So art has always been how I spent my time.

After high school, I went to California College of Art in Oakland, CA. I only lasted a semester there before I ran out of money and had to drop out and get a job. I ended up doing a lot of art adjacent jobs like graphic design and web design and I was always keen to take jobs where I’d learn stuff and I could push myself to improve.

So I want to say that I’m self-taught. But in reality I was taught by so many people and institutions, it’s hard to say where I learned any of this stuff.

You spent many years creating art for video games. How do you take art from 2D to 3D? How do you create art that has actual movement and dimension?

I did! I worked in video games for about 12 years. I made mostly sports games like GAMEDAY and MLB: THE SHOW. And a bunch of other games that never saw the light of day. In that time, I did all kinds of stuff from UI design to character and environment modeling. To make the 3D models we used all kinds of tools but most importantly was a software package called “Maya.” The process involved mostly using photo references of athletes and stadiums and recreating them in Maya using a lot of technical tricks but also relying on our artistic skills to make our stuff look good.

I really enjoyed the process of trying to make something look good within the strict limitations of a video game engine. I loved working with programmers. And there are few things that are as cool as seeing a character that you modeled run around on screen doing cool stuff.

Tell us about developing graphic novels such as Petrograd. What is the process like to create a storyline with art?

I worked on it with a writer named Philip Gelatt. He’s also written a few movies like EUROPA REPORT and THEY REMAIN. By the time we met, Phil already had a script and a publisher lined up. If you’ve never seen a comic book script, it’s basically like a play or movie script except that the action is also broken down into pages and panels.

At the time, I was still making video games full time and I was getting very tired of how much time I spent sitting in front of a computer. So every night I’d get home from work and pull out my paper, pencils, and ink and get drawing. It took me about two and a half years to finish it just working nights and weekends. It might have been the hardest thing I’ve ever done but I’m so glad I finished that book. I’m very proud of it.

Similarly, what is your approach when working on a series of images such as the ones you will be creating for this year's four Dave's Picks releases?

When you are drawing comics, the most important thing is telling a story as clearly as impactfully as possible. Sometimes that means you don’t get to do that super cool drawing that you want to do and instead have to do a drawing of an ashtray or a light socket or something else that’s pretty boring because that ashtray or that light socket is going to be important to the story later.

But when you do an image for something like Dave’s Picks, it’s all about that single, cool looking image. And the goal with an image like that is to draw the viewer in and get them to sit with the image for a while.

What elements of the Dead's original artwork are you attracted to? Will you be incorporating these into your design?

Skeletons! Most of the comics that I work on are horror books. And I love drawing skeletons. It’s really fun to draw Grateful Dead skeletons because they are always having so much fun!

Most of the stuff I’m working on in 2019 hasn’t been announced yet so I’ve got to keep my mouth shut about it. But I’m putting the finishing touches on a book called THE STONE KING that is available exclusively through Kindle or Comixology apps. It’s a fantasy story about a young thief that steals a gem from a stone giant.

Last year I finished a book called HARROW COUNTY and this year we are putting out these really nice, oversized hardcover editions. I’m really proud of those. You can find them at your local comic shop or online.

Unfortunately, I never saw the Grateful Dead live. My first exposure to them was watching MTV when I was a kid. It was that "Touch Of Grey" video where the band were all marionette skeletons on stage, playing a show.

"Friend Of The Devil"

I’d probably grab one of their greatest of albums.

Being a skeleton and listening to cool music.

Learn more about Tyler Crook at his official site, on Twitter, and on Amazon.

Display on homepage featured list
Off
Homepage Feature blurb
From video games to graphic novels, self-taught artist Tyler Crook's had plenty of experience storytelling. With this in mind, we tapped him to be our 2019 Dave's Picks Artist-In-Residence.
Feature type
News
Interviews
All In The Family
Gallery Photo 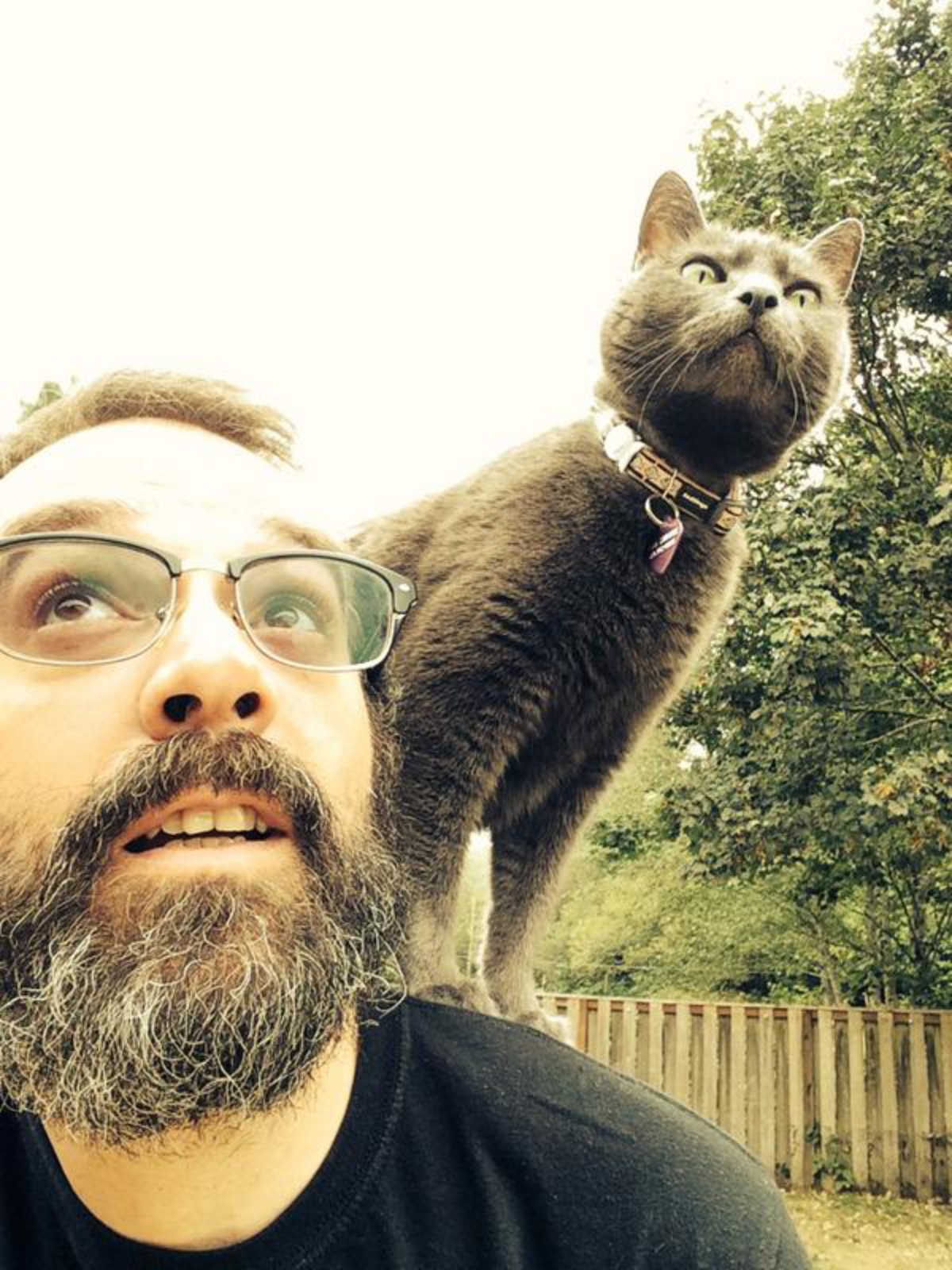