home > features > All In The Family: Matt J. Adams

Born into a family of artists, it's no surprise that Dave's Picks 2022 Artist-In-Residence Matt J. Adams grew up drawing "everywhere on everything." In this edition of ALL IN THE FAMILY, he explains how everything from art school to shadowing Mad Magazine cartoonist Bill Wray to touring and designing for his own band, The Blank Tapes, have shaped his unique style.

Tell us a little bit about how you got your start as an artist.

I’ve been drawing ever since I could hold a crayon. My mom and older siblings are also artists, so I naturally picked it up. I became obsessed and drew everywhere on everything.  In my early 20’s, after a brief stint in art school, I got a job working as an assistant to the artist Bill Wray, who was working on a monthly comic strip for MAD Magazine at the time. After a few years of working with him on the comic, I decided to shift my focus on my passion for music. After releasing over a dozen albums and touring nationally and internationally for over 10 years with my band The Blank Tapes, I hit a bit of a lull and needed some work. Little by little I started getting asked to draw concert posters and album covers for friends in bands and local music promoters I knew. That eventually snow balled into illustrating being a full time job.

How has your love of music, as a performer and as a consumer, influenced your art?

My love of music has influenced my art in that a good majority of my art commissions are somehow related to music, whether it being a concert poster, album cover, logo or shirt design. As a performer I’ve tied my illustrations in with my music so they tend to reflect each other a bit. That’s also how I’m tied to the music world in general.  As far as being a consumer, Guns ’n’ Roses was my favorite band as a little kid, then I started discovering the British invasion which completely changed my world, eventually working my way up to other acts on different ends of the folk/rock spectrum like Led Zeppelin, Leonard Cohen, The Clash, Ween, early Beck, stuff like that. The more I listened, watched and read, the more I became hooked on the music and the pop culture surrounding it.

Screen printing, comic books, merch... do you have a preferred medium for your illustrations? What do you take into consideration when designing for each type?

Some form of print on paper or textile is always preferred.  Only a small percentage of my illustrations were commissioned to be screen printed which is always nice to see when completed. When making one of those it can be a fun challenge working with a limited color palette. I found that drawing and writing comics is a great way to tell stories, but I haven’t had much time lately to really develop anything.  It’s always great wearing a shirt with my design on it too.  That said, I just released a 124 page hard cover art book collection which I’m really happy with called “Matt Adams Poster Book 2015-2020. It’s a great feeling finally seeing a lot of my pieces together in one place. As far as the medium I use to create my drawing, it’s usually always ink on paper, which is later scanned onto the computer to be colored digitally. I switch it up sometimes but that’s generally how I work.

What first attracted you to the iconography of the Grateful Dead?

I can’t really pinpoint a first time, but I fell in love with their music when I was living in LA in the early 2000’s. It wasn’t until I moved up to San Francisco that I was really immersed in the culture of it. That’s when I really started seeing their iconography all around. For me being a cartoonist, I’ve always thought the Grateful Dead had an amazing array of characters and logos.  Unlike any other band really.  The Beatles didn’t have any, The Rolling Stones have the Warhol lips,The Velvet Underground had the Warhol banana, but the Grateful Dead has something for almost every album/era.  Unbelievable really, an illustrator’s dream.

As our 2022 Dave's Picks Artist-In-Residence, how will you go about creating a cohesive collection for the four releases and bonus disc?

First off, it’s a complete honor to be creating art for the Grateful Dead legacy.  I guess the most cohesive thing about this collection will be that it’s in my style.

As far as art goes, I have a ton of personal projects I’d love work on, but we’ll see how much time I’ll have to get around to some of those.  I may release another art book collection with additional art that wasn’t in my last one. I’m also a compulsive songwriter and musical instrument collector, so that takes up most of my free time. I actually just released a 62 track album last month called “Pop Rocks” (coming soon to streaming platforms), and I have about 5 or 6 finished albums waiting to be released someday. I’ll be touring the West Coast this Spring and probably the South West. Maybe even Europe again if things work out with the current situation. Needless to say, it’ll be another busy year!

First exposure to the Dead/first show

The first time I heard the Grateful Dead was when I listened to my older brother’s “Without A Net” live album from later in the band’s career which I didn’t really connect with at the time. A couple years later, a co-worker at the pizza place I worked at, gave me an early Dick’s Picks live album which I started liking more and more. A few years later a friend played me “Workingman’s Dead” which I couldn’t believe was the same band.  After that I became a huge fan and basically bought all of their early studio albums up until the mid 70’s, eventually listening to all of their studio albums and quite a few live albums of course. Amazing nuggets scattered throughout.

As for my first Dead related show, unfortunately Jerry died when I was 14 before I started going to big shows like that. I did see Rat Dog in the early 2000’s and the second night of the San Jose “Fare Thee Well” shows. Other than that, I’ve seen Bob backstage at Hardly Strictly Bluegrass Fest and I met Phil when my band played Terrapin Station a few years back. He said my band looked like a “motley crew.”

Impossible to answer. There’s a reason why “Casey Jones”, “Ripple” and “Friend of The Devil” are really popular and it’s probably one of those 3. But, that’s the obvious answer from a Greatest Hits perspective. I could be clever and pick a more obscure song, but “Box Of Rain” probably had the greatest emotional impact on me as a younger listener. When I found out it was Phil singing lead, I couldn’t believe it.

Favorite Dead Era/Years
So many! I became obsessed with “From The Mars Hotel” a few years back, and “Europe ’72” is another favorite. So I’d say early 70’s Dead really hit their stride around then.

It’s a toss up between the last two albums I mentioned and “American Beauty” but I’d have to say “Europe ’72.” I’ve alway been a fan of big sprawling albums like “The White Album” and “All Things Must Pass” and this album is kinda like that for me. A bunch of great songs, different music styles, cool album art, and Pigpen was still in the band.

It means to be a fan in any capacity. There’s definitely a culture and a lifestyle surrounding the band depending on how deep you want to go. Aside from all of that, the band’s music is what the whole thing is about for me. And to top it all off, they have an amazingly colorful story filled with some of the best psychedelic art and a seemingly never-ending supply of live recordings. 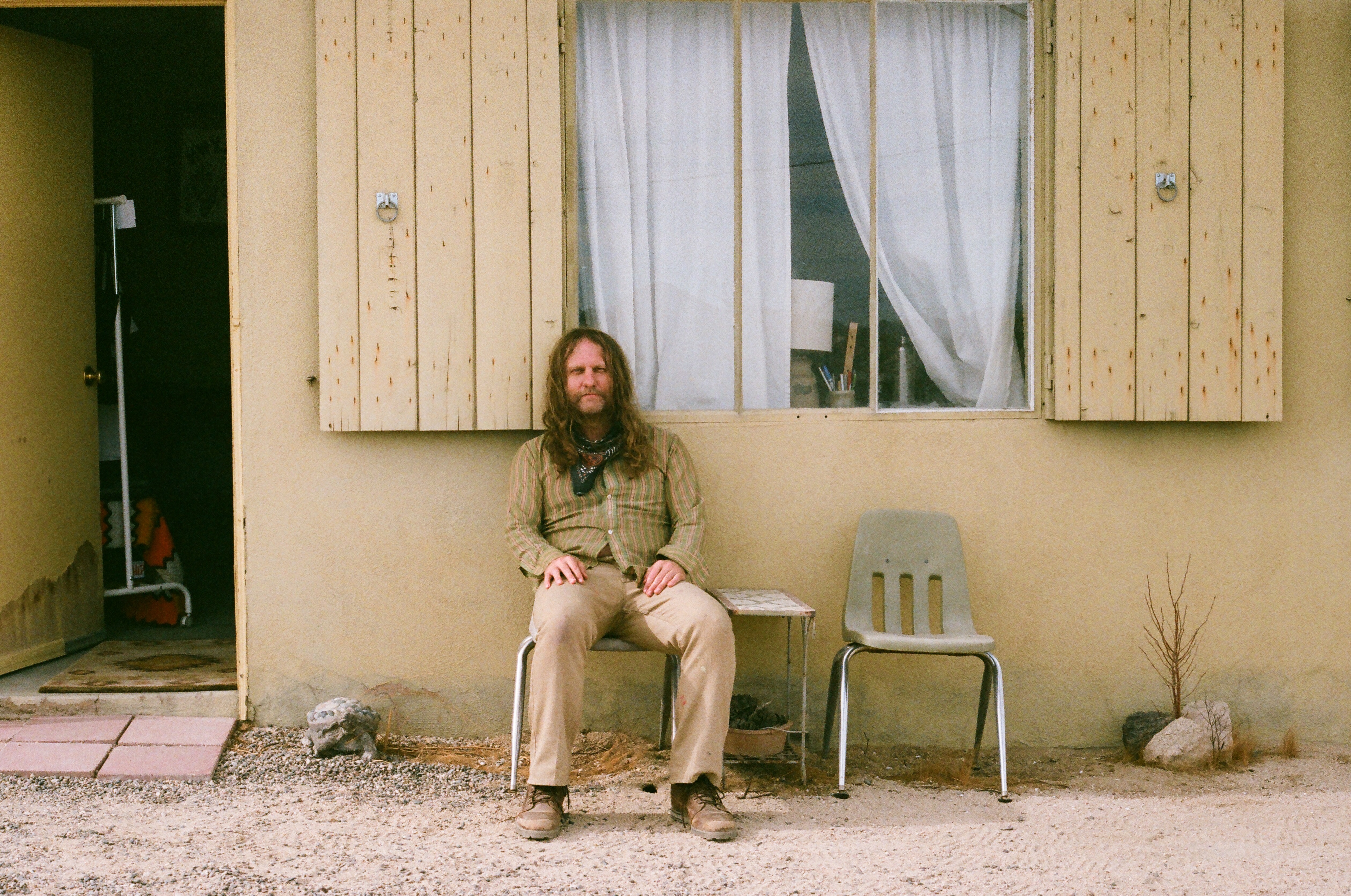 Display on homepage featured list
On
Homepage Feature blurb
Born into a family of artists, it's no surprise that Dave's Picks 2022 Artist-In-Residence Matt J. Adams grew up drawing "everywhere on everything."
Feature type
News
Tags
All In The Family
0 comments
sort by
Recent
Recent Oldest A to Z Z to A
Reset
Items displayed
No comments available.