home > features > Behind The Deadcast, Part One 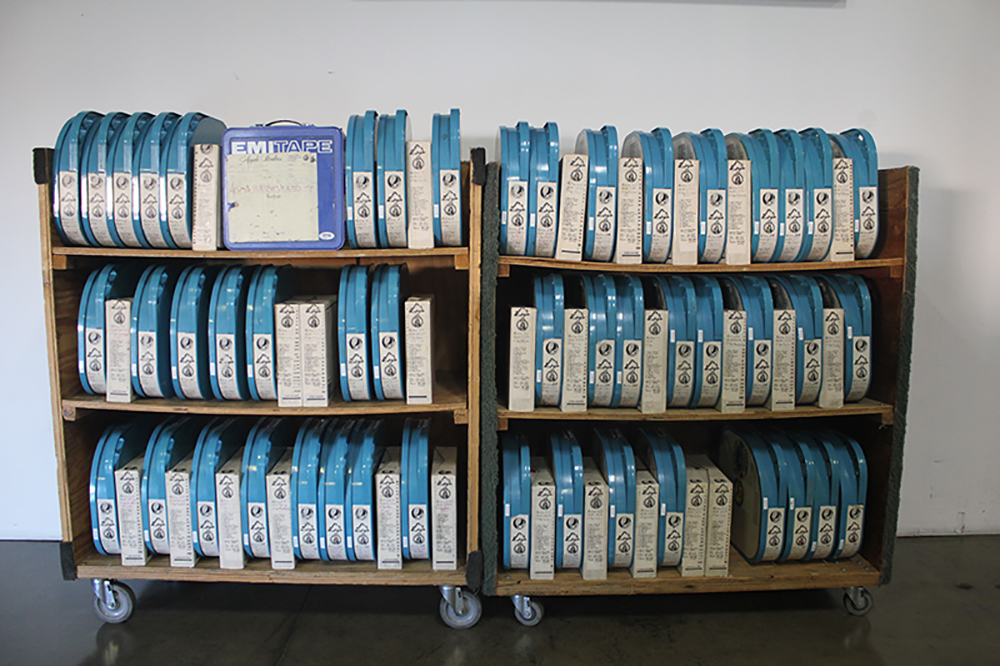 No, it's not magic - a lot of hard work goes into producing an episode of the GOOD OL' GRATEFUL DEADCAST and even more grit and determination to bring you stories that are compelling and binge-worthy. We grabbed a few minutes with Jesse Jarnow, one half of the super duo behind the Deadcast, to find out what it takes to deliver masterful storytelling and where all the good stuff comes from.

Pigpen's letters home to his parents. I'm still pretty mindblown that they even exist, thanks to the vigilant preservation efforts of Sully, an old neighborhood friend of Pigpen's family. In the past, we've been able to represent Jerry Garcia and Robert Hunter and others through archival audio, but we've never really been able to include Pigpen's voice and perspective in the storytelling, so that alone is enough to be wondrous to me. But Pig was also a really great correspondent, so not only do we get some of his perspective on the tour and his own life at the time, but his letters also provided a bunch of primary source details about the tour. Memory can distort a lot of memories after 50 years, but these were written right in the moment and impossible to refute, and a fun side effect is that it allowed me to also figure out what the tour was doing on many of its off days and other pieces that fed into the podcast's storytelling.

KEY INGREDIENTS TO A TASTY PODCAST

Hopefully the key ingredients are different for every episode depending on the subject but, generally speaking, I hope each episode brings something new and mindblowing to Dead freaks, whether it's some kind of never-heard story or a new way to think about a favorite piece of music. Our motto is "for the committed and the curious," and I do take that latter part seriously too, and hope that while we obsess on what might seem like small details that we also don't lose sight of the bigger picture of why the music is great. For the Europe '72 season, my hope is that each episode features a good chunk of perspectives from the tour's participants in the band and crew, but also audience members who saw the shows and have unexpected stories to tell themselves that often illustrate something about how the Dead's music fit in with European underground and mainstream culture at the time.

To borrow what Bill Walton once said when asked about his favorite Dead show: the next one. The range of fan memories we've gotten has been so dizzying and surprising. For the past few months, I've been compulsively reloading the page to see what new submissions have arrived from the stories.dead.net page, as well as combing the Dead Head social network, old Usenet posts, social media, and elsewhere. To mention a few from upcoming episodes, they include a boarding school student who met the Dead when the band unexpectedly stopped by for a hike on an off-day, a co-founder of Greenpeace who had a non-psychedelic spontaneous mystical experience at Lille, the Dutch teens who got an older friend to drive them to Rotterdam where they had a life-changing weekend seeing the Dead and the Beach Boys and "A Clockwork Orange." They're all amazing to me in different ways, even second-hand stories. We received a submission too late to include in the France episode from the son of the house sound engineer at the Olympia in Paris, who said his father was a jazz fan who went into the weekend highly suspicious of the hairy Americans and was blown away.

WHEN THE EPISODE IS JAM PACKED AND STILL LEAVES YOU WANTING MORE...

There are a lot of things that make the Deadcast possible, including the original recordists of these sweet jams, as well as the loving vault-curating of Dick Latvala and David Lemieux. And for Deadcast purposes there are also lots of researchers, scholars, and journalists that have paved the way, who've helped put together the story as we know it -- conducting primary source interviews, publishing books, assembling chronologies, tracking equipment changes, digging up old newspaper articles, keeping track of the Dead's various thematic jams, annotating various lyric drafts, and whatever else. I certainly shout it out to those places whenever I cite their work on the Deadcast, but the supplementary notes are very much a place to link to them, and to encourage curious and committed Dead Heads to dive into that ecosystem if they enjoy the Deadcast.

CHECK OUT THE DEADCAST, THE SUPPLEMENTARY NOTES, AND MORE.

Display on homepage featured list
On
Homepage Feature title
Behind The Deadcast, Part One
Feature type
News
0 comments
sort by
Recent
Recent Oldest A to Z Z to A
Reset
Items displayed
No comments available.