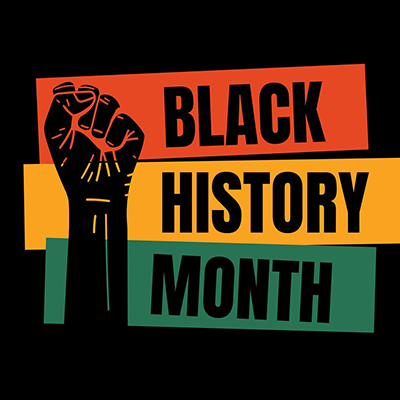 Throughout the month of February, we'll be taking a closer look at some of the countless great African American artists whose music inspired and influenced the Grateful Dead and became integral to the band’s repertoire. Curated by Gary Lambert, the series will explore 38 songs and shed a little lovelight on luminaries such as Chuck Berry, Branford Marsalis, Otis Redding, and many, many more.

One of the trailblazing architects of the sound known as Rock & Roll was also arguably its greatest songwriter. Chuck Berry played a central role in establishing the electric guitar as the genre’s dominant instrument, and among those he helped inspire to plug in and play loud was a teenaged Jerry Garcia. The Grateful Dead could always rely on one of Chuck’s songs to get a crowd excited, and such Berry classics as “Johnny B. Goode,” “The Promised Land” and “Around and Around” did the trick for the many years they were in the band’s live rotation.

Developed by Black musicians performing in vaudeville and medicine shows in the American South in the early decades of the 20th Century, then revived in the early 1960s by young folkies, jug band music was in the Grateful Dead’s collective DNA from the very beginning, Jerry Garcia, Bob Weir and Ron “Pigpen” McKernan having first played together in a group called Mother McCree’s Uptown Jug Champions. From the time the nascent Dead went electric as The Warlocks, important components of their repertoire included old favorites by pioneers like Cannon’s Jug Stompers and the Memphis Jug Band, reinvented as energetic rock tunes, including “Minglewood Blues,” “Big Railroad Blues” and the Dead’s first great vehicle for extended high-voltage jamming, “Viola Lee Blues.”

When Branford Marsalis first stepped onstage with his tenor and soprano saxes as a guest of the Grateful Dead at the Nassau Coliseum on the memorable evening of March 29th, 1990, he not only was unfamiliar with the Dead’s music, but had never met the band members until moments earlier. But within the first minutes of the version of “Bird Song” that was his musical introduction to that world, it sounded like he’d been in the band his whole life – a testament to Branford’s extraordinary talents as a brilliant improvisor, empathetic collaborator and, perhaps above all, a deep listener. He’s been part of the family ever since, having made several other appearances with the Dead and returning on occasion to sit in with various configurations of GD alumni.

Before his tragically premature death at the age of 26 in a 1967 plane crash, Otis Redding had already established himself as one of the most talented and charismatic recording artists and live performers in the history of R&B and soul music. The Grateful Dead had the opportunity to experience his onstage magic on at least a couple of occasions, having opened for Otis at the Fillmore Auditorium in December of 1966 and witnessed his unforgettable performance at the seminal Monterey International Pop Festival the following summer. Otis left behind a stunning selection of great recordings made shortly before his death, and the Dead were especially taken with a single released posthumously in mid-1968 – so much so that within a few months they’d worked up their own version of the Redding original “Hard To Handle,” which became one of the very best live showcases for Pigpen’s talents (as well as a terrific groove for the instrumentalists to stretch out on).

A self-taught guitarist, singer and songwriter who didn’t attain any degree of public recognition until she was in her mid-60s, Elizabeth “Libba” Cotten nonetheless became one of the most revered figures in the world of folk music after her talents were discovered in the 1950s, with her song “Freight Train” becoming a standard. Cotten’s unusual self-invented picking style (born of necessity, as the left-handed Libba learned to play on a right-handed guitar turned upside-down) was studied and emulated by many young folkies, including Jerry Garcia and Bob Weir. The Grateful Dead played Cotten's “Oh, Babe, It Ain’t No Lie” during the acoustic portions of the band’s Warfield Theatre and Radio City Music Hall runs in 1980 – with Garcia revisiting it in later years during his partnership with David Grisman – and Robert Hunter derived some of the inspiration for one of his and Jerry’s most beloved songs from Libba’s “Shake Sugaree.”

It is not an overstatement to say that no one person did more to make Western ears aware of the majesty of African music than Nigerian-born master drummer Babatunde Olatunji, whose 1960 album “Drums Of Passion” was a stunningly unexpected commercial success, landing in the Top 20 on the pop charts and eventually selling more than 5 million copies (and with its best-known tune, “Jin-go-lo-ba,” becoming a hit all over again nearly a decade later, when adapted with a Latin-rock feel under the title “Jingo” on the debut album by Santana). Having emigrated to the United States in the 1950s, Baba became a friend, collaborator and mentor to many of the most prominent artists in Jazz, Afro-Cuban music and numerous other genres, seeking to learn more about the roots of their own their own music. One such disciple was Mickey Hart, who fulfilled a lifelong dream when he met Baba in 1985, forging a long and loving personal and professional bond that saw Olatunji and his Drums of Passion opening for and sitting in with the Grateful Dead on New Year’s Eve of that year and on numerous subsequent occasions, progressing through Baba joining Mickey in the trailblazing grouping of international percussion masters known as Planet Drum, and continuing until the master’s passing in 2003.

From the early 1960s on, Motown Records brought soul music straight into the pop mainstream with an extraordinary run of chart-topping songs by such great Detroit-bred acts as The Supremes, Four Tops, Temptations, Marvin Gaye, Smokey Robinson & The Miracles, Stevie Wonder, Jr. Walker and the All-Stars, The Jackson 5 and so many more. The Grateful Dead (as well as Jerry Garcia and Bob Weir with their various side projects) had some Motown in their setlists from the very beginning - one standout example being “Dancing In The Street,” a monster hit in 1964 for Martha and the Vandellas that first appeared in the Dead’s repertoire in 1966 and quickly evolved into a launching pad for extended high-octane jamming. After putting the song on hiatus for a few years, the Dead brought it back in 1976, considerably reworked with a funkier new groove that some dubbed “Disco Dead.”

One of the most innovative and adventurous composers, instrumentalists and bandleaders of the 20th Century, Ornette Coleman, along with a few other musical revolutionaries, helped usher in a new era in jazz, in which many traditional and deeply entrenched ideas about song forms, chord changes and soloist/accompanist relationships were subverted if not outright shattered in favor of a more truly collective approach to group improvisation, which Coleman came to call “Harmolodics.” Many young rock musicians of the late 60s who sought to expand their own improvisational capabilities were deeply influenced by Coleman’s innovations, and none more so than the Grateful Dead, who were thrilled when Ornette came to one of their shows at Madison Square Garden in September of 1987 and soon thereafter invited Jerry Garcia to play on three tracks on the 1988 album “Virgin Beauty.” Ornette opened for the Dead at their Mardi Gras celebration in Oakland in February of 1993, sat in with the band during a memorable second set later that evening, and made another guest appearance in Los Angeles the following December.

For a relatively small city, New Orleans has always exerted an outsized influence on American music, as a crucial locale in the invention and development of jazz, rhythm & blues, rock & roll and myriad other genres. As a seaport that served as a primary gateway to the southern United States (and, more ignobly, as a center to the slave trade), it absorbed cultural influences from Africa, the Caribbean and Latin America as well as Europe, and these diverse elements combined to form the rich and complex gumbo that is New Orleans music. The members of the Grateful Dead always loved the sounds of New Orleans - despite having undergone the unpleasantness of getting “set up like a bowling pin” and busted there in 1970 – adopting several Crescent City classics, from Mardi Gras anthems like “Iko Iko” and “Hey Pocky Way” to R&B gems like Huey “Piano” Smith’s “Rockin’ Pneumonia (and the Boogie-Woogie Flu)” and Gary U.S. Bonds’ “New Orleans,” as well as sharing their stage with NOLA icons including the Neville Brothers, Dr. John, the Dirty Dozen and Rebirth brass bands and, of course, Branford Marsalis.

Display on homepage featured list
On
Homepage Feature blurb
Throughout the month of February, we'll be taking a closer look at some of the countless great African American artists whose music inspired and influenced the Grateful Dead and became integral to the band’s repertoire. Curated by Gary Lambert, the series will explore 38 songs and shed a little lovelight on luminaries such as Chuck Berry, Branford Marsalis, Otis Redding, and many, many more.
Feature type
News

You mention New Orleans, Allen Toussaint should be included. Also, in the reggae vein ... Jimmy Cliff!

A Dream We Still Dream

A heartfelt thank you (it’s Valentine’s Day) to Gary Lambert for curating this playlist that is a wonderful tribute to many Grateful Dead influencers and is great fun too.

Blues Musicians influence on the Dead

Blues Music had a lot of influence on the Dead; Jimmy Reed and Elmore James with Big Boss Man and It Hurts Me Too started in the early days , 1966, and would carry into the early seventies. Reverend Gary Davis, with Death Don't Have no Mercy and Bobby Blue Bland with Turn on your Lovelight, were big parts of the Deads 1969 sets. Howlin Wolf, with Smokestack Lightening , Little Red Rooster, and Down in the Bottom, influences on Pig Pen and Weir. Muddy Waters, with Same Thing and Slim Harpo with King Bee. Garcia said that Freddie Kings guitar playing was a big influence to him in his early days of playing guitar. What's interesting is that I was influenced by the Grateful Dead doing these blues songs to listen to a lot of these blues musicians, the same could hold true for music by guys like Merle.Haggard and Buck Owens, I heard the Dead and Garcia playing music by these guys and then I started listening to the original artists.

I’m going to read this. I’ll be sure to come back. thanks for sharing. and also This article gives the light in which we can observe the reality. this is very nice one and gives in depth information.

This blog is awesome to learn in light of the fact that it has helped a ton in data.

Lovisa Discount code is best code provided by Lovisa . Amazing Discount Offers Get, Lovisa & Promo Codes and save up to 40% on the offer, so get the code helps you to save on coupon and promo code.

The jazz history with the Dead is incredible

I never realized how much jazz (and blues too) are interwined with the Dead's setlists.