home > features > All In The Family: Sam Field

To call it a labor of love would be an understatement. Sunshine Daydream producer Sam Field, constricted by budget limitations and a skeleton crew (not to mention that sweltering heat), managed to not only capture what might be the Grateful Dead's opus but also the essence of their whole scene. And then he had to wait patiently (as did you) for 40 years until the elements aligned to bring you this very special release. Go behind the scenes with Sam in our exclusive interview.

Up until the concert at the Old Renaissance Faire Grounds in Veneta, Oregon, the Grateful Dead didn't allow anyone to come in to capture and feature them on camera. How did you go about securing their trust?

We were unknown to the band. We had no baggage. We were eager and thoughtful. We had a trusted connection in Phil Quinn and we took a low key approach. We wanted to focus on the music and the audience connection. It turned out that the concert offered to us was ripe for involvement and interaction. Everybody, filmmakers and audience, was cool and that allowed The Grateful Dead to stay comfortable so they could play their best.

Nobody knew what to expect, everybody knew to be in the present and that would allow the best to come out.

Remember, this was '72 and the best concerts had no parents and no security. This was just our tribe having a summer celebration.

Sounds a little challenging having that access and having limited resources and a small crew...

This was not to be a big production. We wanted to be invisible and unobtrusive. We knew we had to be selective and prudent in our song selection. By doing our research on the Europe '72 tour, we had an inkling of what might happen next. 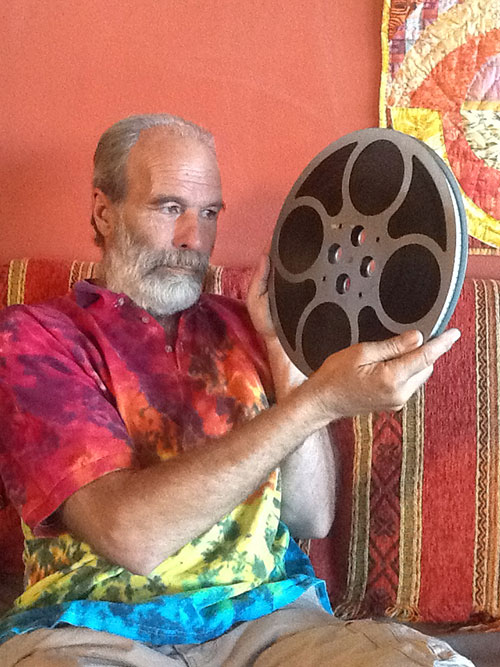 Were there any songs you weren't able to capture that you wish you had? Any moments you remember that we don't get to see?

I'll say that all of the songs are great and we did a great job of selecting. For our budget, we got the right 8. They convey the arc of the day and allowed us to tell a story.

How did you go about connecting with the audience, finding perfect little moments like the scene with the baby and the dog?

It helped that there were a lot of interesting characters there, so we shot them and made them elements of the bigger picture.

Tell us a little bit more about the "Grateful Days" documentary short, how you secured those interviews, what they add to the overall release.

"Grateful Days" is a documentary film about the community that came together for the performance given by the Grateful Dead to benefit the Springfield Creamery on August 27, 1972. A film about community has to feature a community, and "Grateful Days" does - featuring the artists, hippies, Merry Pranksters, organic food pioneers, and crew who made the day possible.

You know, one of the key elements that distinguished and endeared The Grateful Dead was their community involvement. There had to be commerce, but it was the commitment to community first. They put the unity in community.

Since working to preserve and complete the concert film of the benefit for the Springfield Creamery, archivist and filmmaker Adrian Marin has also been working to preserve and tell the story of the benefit. The documentary "Grateful Days" features interviews with almost 40 people - including Carolyn "Mountain Girl" Garcia, Ken Babbs, Rock Scully, Sam Cutler, and Wavy Gravy -who bring that story and the spirit of the Grateful Dead to life.

Everybody involved wanted to help carry that message out so that it lives on. They were all very willing to contribute their perspective, especially if as an elder. We all have more fun when doing things together. We like to help others. We like it when others help us.

As the years pass, we see that spirit still alive and it is our responsibility to keep it going.

For a little more fun and updates down the road, try www.sunshinedaydream.gd.

To call it a labor of love would be an understatement. Sunshine Daydream producer Sam Field, constricted by budget limitations and a skeleton crew (not to mention that sweltering heat), managed to not only capture what might be the Grateful Dead's opus but also the essence of their whole scene. And then he had to wait patiently (as did you) for 40 years until the elements aligned to bring you this very special release. Go behind the scenes with Sam in our exclusive interview.

Many thanks for the vision to do the original film in the first place. Phil DeGuerre and John Norris would be proud. Huge thanks to Adrian Marin and Dave Bagnall (cameraman) for taking the time to conduct all the interviews. It was a real blast showing those guys around western New Mexico from Pyramid Rock down to the Gila River and back. Oregon 1972 has a very warm place in my memory and heart. And thank you Sam for your insight and words. "As the years pass, we see that spirit still alive and it is our responsibility to keep it going". Aho Mitakuye Oyasin, All My Relations

To Sam and the entire crew

To Sam and the entire crew involved for making this production available as an official release with the full treatment it deserved. Great job in capturing and presenting this special day for all to enjoy decades later!!!

My wife (only in her 50's) was neither with me nor into the Dead in the 70's. The film was great for her to see what it was like "Back in the Day". And great for me to feel that early 70's scene again. Thank you so much!

That documentary is a fantastic companion to the concert footage. The interviews are as epic, genius, and spiritual as the music played that day. The structure of the narrative even mirrors the nature of the music in a way that brings music to their narratives and gives a narrative to the music that deepens the experience for each. Truly wonderful. Brought a tear to my eye out of shear joy, I kid you not.
4 comments
sort by
Recent
Recent Oldest A to Z Z to A
Reset
Items displayed