Looking high, looking low. We'll try to find what you're looking for but in the meantime why not check out these sections of Dead.net?

Looking high, looking low. We'll try to find what you're looking for but in the meantime why not check out these sections of Dead.net?

Wet Willie, then Allman Brothers Band opened - first "That's Alright Mama" - first "Train To Cry" - final "Wave That Flag" - "Half Step" appears on some tapes but is likely from a different show
setlist
Morning Dew
Beat it on Down the Line
Ramble On Rose
Jack Straw
Wave That Flag
Looks Like Rain
Box of Rain
They Love Each Other
The Race Is On
Row Jimmy
El Paso
Bird Song
Playing in the Band

It Take A Lot to Laugh. It Take A Train to Cry
That's Alright Mama
Promised Land
Not Fade Away
Goin' Down the Road Feeling Bad
Not Fade Away
Johnny B. Goode
show date
Sat, 06/09/1973 - 17:00
Venue
Robert F. Kennedy Stadium

I will definitely buy it!!! Peace

I would buy this so hard

Release it and I'll buy it!

Damn straight I will buy it!

Hell yes I'd buy it.

I will buy it!

we will buy it thanx alot 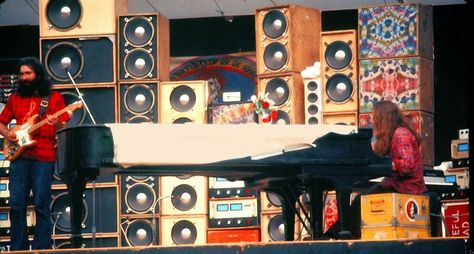 I will buy at least one.

Release :) Would love this show to be part of the Deads official releases. I

Dave. People will buy, Dave. They'll sign in from everywhere for reasons they can't even fathom. They'll follow their fingers not knowing for sure why they're doing it. They'll arrive at your order screen as innocent as children, longing for the past. "Of course, we won't mind if you shop around", you'll say. "It's only $75 for the box set". They'll pass over the money without even thinking about it, for it is money they have and shows they lack. And they'll bask in the sunshine; wandering through the cosmos on a perfect summer afternoon. They'll find they have perfect sight lines among the general admission faithful, where they danced when they were young. And they'll listen to the release and it'll be as if they dipped themselves in magic waters. The memories will be so thick they'll have to brush them away from their faces. People will buy, Dave. The one constant through all the years, Dave, has been the Dead. America has rolled by like an army of steamrollers. It has been erased like a blackboard, rebuilt and erased again. But the Dead have marked the time. This mindset, this band, this show; it's a part of our past, Dave. It reminds us of all that once was good, and that could be again. Oh … people will buy, Dave. People will most definitely buy. RIP JPB ... wheel to the storm and fly.

I will most certainly buy this!!

Count me in Dave! I'll take two! Rock on

Please, release this. I'll buy it! Like three of em.

These summer 73 shows and the Ark 69 shows would make two great box sets this year!!!

I will buy it.

I would certainly buy a copy.

this is a no brainer!! ever since i got the third set(one of my favorite all time tapes yes tapes!!) i have dreamed of this getting the full treatment from doctor dave and the dead deviants. just do it!!

Count me in as buying this on day one! I would also suggest adding in the Watkins Glen sets from The Band and The Allmans to make for a killer Box Set. That should receive a great amount of press (biggest concert ever released!!!) leading to strong sales...regardless, RFK 6-10-73 the most necessary and then the others if doable. Thank you!!!

I hope this gets released, I will buy it.

I'd buy it in a heartbeat!

I would buy it in a heartbeat.

C'mon Captain Dave! Cut this mother loose!I am waiting to give you my money Count me in !

This needs to be released ....

.... but to do so without the 6/9 show and the Allman's sets would be tragic. I know that requires diplomacy and royalties, but, whatever it takes, please "get your hands out of your pockets"! (same needs to happen with Watkins Glen and also needs to include The Band's contribution, but perhaps that would best be saved for another set)

Please release in Dave’s Picks 2019!!! This show has always been a favorite of mine.

I concur with the proposal to release this show ASAP (if it’s in The Vault). Incredible show!