Come one, come all! Join us as we boogie down the aisles of your local moving picture house for the 6th Annual Meet-Up At The Movies. This year's special cinema event is a bona fide classic - the previously unreleased Grateful Dead concert from Sullivan Stadium in Foxboro, Massachusetts on July 2, 1989. Catch the Dead in fine form, kicking off their summer tour to a sold-out crowd of more than 60,000 fans, and pulling out surprises at every turn - from the rare show-opener “Playing In The Band” to the only time they ever started a second set with “Friend Of The Devil.” The concert also includes a spectacular performance of “Wang Dang Doodle,” one of the band’s finest sing-along versions of “Tennessee Jed,” two Bob Dylan covers (“Queen Jane Approximately” and “Quinn The Eskimo”) along with a medley of Traffic’s “Dear Mr. Fantasy” segued into the Beatles’ “Hey Jude.” Not to mention a sequence that will bring you back to the Dead circa 1973: "Truckin'"> "He's Gone"> "Eyes Of The World."

And if that's not enough, we've got an exclusive interview with Grateful Dead archivist David Lemieux on the making of the upcoming 12-disc July 1978: The Complete Recordings boxed set as well as previously unseen performance footage from Dead & Company.

"Grateful Dead Meet-Up at the Movies: Sullivan Stadium 7/2/89" will only be playing on the silver screen for one night! Come out and connect with Dead Heads in your neighborhood on Wednesday, May 11th at 7:00pm local time.

Tickets are now available at participating theater box offices and online at www.FathomEvents.com. 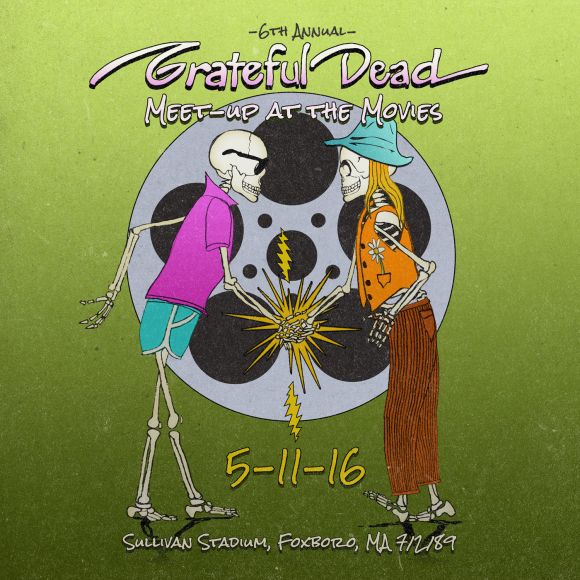